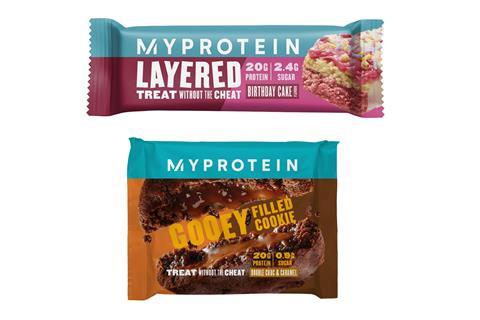 The founder of The Hut Group has said it “would have felt slightly cheap” to chase a higher valuation in the US and confirmed the UK ecommerce group’s plan to raise £920m at a valuation of £4.5bn in what would be London’s biggest listing this year (The Financial Times £).

The boss of online retailer The Hut Group is being lined up for a £700million bonanza as his company gears up to float on the London Stock Exchange (The Daily Mail). The founder of The Hut Group will collect about £19.4 million a year in rent from the company after striking a deal to become its landlord before a flotation valuing it at £4.5 billion. (The Times £)

Manchester-based e-retailer The Hut Group previously held out against going public. But the pandemic-driven shift online has boosted valuations of ecommerce companies to levels that are hard to resist. (The Financial Times £)

UK sandwich chain Pret A Manger has said it will cut 2,890 jobs, or almost a third of its workforce, as it reshapes its business after a steep drop in demand for its takeaway food in the pandemic (The Financial Times £). Pret a Manger has cut 2,800 jobs after ten years of growth were wiped out by a Covid sales crash (The Telegraph). Pret A Manger is cutting 2,800 jobs due to the economic downturn caused by coronavirus (Sky News). The jobs will mainly go at its shops, but 90 roles will also be lost at its support centre (The BBC).

Walmart is partnering with Microsoft in its bid for the US operations of TikTok, the popular Chinese-owned video sharing app that President Donald Trump has vowed to shut down unless it is sold to a US company by mid-November (The Financial Times £). Walmart has confirmed it is joining Microsoft in a bid for TikTok’s US assets, hours after the video-sharing app’s chief executive resigned (Sky News). The world’s largest retailer is trying to expand its presence online to take on Amazon and to appeal to younger consumers (The Times £).Walmart has partnered with Microsoft to bid for the US operations of hugely popular video-sharing app TikTok, as the world’s largest retailer looks to become a force in the fast-growing digital media sector (The Guardian). Microsoft and Walmart will now go up against other prospective bidders, including the US tech giant Oracle (The BBC).

The next operator of the UK’s National Lottery will have to give a share of its profits to good causes after the incumbent came under fire for not increasing the amount of money it passed on to charities despite significant profit growth (The Financial Times £). A trio of business heavyweights were last night limbering up as battle commences for the right to run the National Lottery (The Telegraph).

The finance chief of Rolls-Royce is leaving to take up the same role with Ocado, where Duncan Tatton-Brown is quitting after eight years during which the online grocer’s shares have leapt in value by 3,500%. (The Times £)

The Guardian writes: “This is how bad things have got for Rolls-Royce, pride of the UK’s engineering industry: its finance director would prefer to work for Ocado, and his career move looks rational. The online grocer, remarkably, is three times the size of the engine-maker these days by stock market capitalisation, and the share-incentive prospects at his new home will be better to boot.” (The Guardian)

Britain’s economic recovery from Covid-19 gathered pace in the past month, fuelled by consumer spending and people taking advantage of the government’s “eat out to help out” scheme, despite fears mounting over rapid growth in unemployment. (The Guardian)

Mexican restaurant chain Chilango has been bought out of administration, rescuing 130 jobs at the London-focused group that was in the middle of a restructuring process when the pandemic hit (The Financial Times £).

At least 350 people and their households will have to self-isolate after 75 staff tested positive for coronavirus at a poultry plant in Norfolk. Boris Johnson was urged to do more to get a grip on factory outbreaks. (The Guardian)

Indebted cosmetics maker Coty is working on a plan to sell or shut down most of its factories and outsource more operations in a new “asset-light” strategy aimed at weathering the Covid-19 storm, its chairman said. (The Financial Times £)

The German food ordering group Delivery Hero has acquired the Dubai-based groceries app InstaShop for $360m, as it seeks to further benefit from the boom in online shopping due to Covid-19 lockdowns. (The Financial Times £)