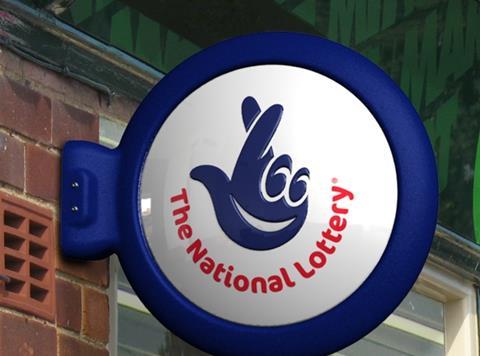 Outgoing UK National Lottery operator Camelot has lost its legal bid to stop the handover of a new licence to rival Allwyn, in effect ending the group’s hopes of having the decision overturned (The Financial Times £).

Mrs Justice O’Farrell has now told the Gambling Commission it can sign a contract with Allwyn and begin the formal transition of control from Camelot, whose only remaining contract will be to run the Illinois state lottery (The Times £).

Camelot’s legal fight to avoid losing its licence to operate the national lottery has failed but the Canadian-owned company will press ahead with a damages claim that could cost the government £600m (The Guardian).

BBC News has followed up the Grocer’s story on the dispute between Heinz and Tesco after Kraft Heinz stopped supplying the supermarket with most of its products in a dispute over pricing.

The Times (£), The Telegraph and The Guardian also picked up the story reporting that Britain’s biggest supermarket chain apologised to customers for empty shelves where the products would normally be, saying it would not pass on “unjustifiable price increases”.

Imported food will be made cheaper to ease the cost of living crisis, Boris Johnson has promised (The Times £). Oranges, bananas, olives, rice and other products that Britain does not produce domestically could see price cuts of about 10% under a plan to stop taxing foreign food that will not undercut UK farmers.

A feature in The Financial Times (£) examines the potential for carbon labels on food to change shopper behaviour.

Morrisons has reported a 6.4% decline in underlying sales over its latest quarter, in what the supermarket’s boss called “a very fragile and difficult consumer environment” (The Times £).

Greetings card outlet Moonpig and discount chain B&M European Value have both maintained their profit guidance for 2022 despite predictions that rising living costs will squeeze discretionary incomes (The Financial Times £).

The discount retailer B&M European Value Retail has reported a decline in first-quarter sales compared to a year ago when trading was still being boosted by Covid restrictions (The Times £).

Moonpig has reported lower earnings after its pandemic boost faded, but said that many of the customers it had gained were continuing to buy its online cards and gifts, giving it confidence about the year ahead (The Times £).

A City lawyer in the Ocado case with 25 years’ experience, who ordered a client to “burn” a secure messaging system, told a judge he was unaware of the need to preserve evidence (The Times £). Raymond McKeeve, formerly a partner at the law firm Jones Day, faces jail for contempt of court for advising an IT manager at a company set up by Jonathan Faiman, one of the founders of Ocado, to destroy messages to avoid them being handed over as part of a corporate espionage investigation.

Unilever has sold its Israeli Ben & Jerry’s business to a local licensee in an attempt to draw a line under a bitter spat between the ice cream brand and the government (The Financial Times £).

Unilever slapped down efforts by Ben & Jerry’s to take a political stance in the region, saying it “rejects completely and repudiates unequivocally any form of discrimination or intolerance” (The Telegraph).

The deal comes after the US ice cream brand announced last year it would stop marketing products in the occupied Palestinian territories, saying that selling there was “inconsistent” with its values (The Times £).

The decision was one of the highest-profile rebukes by a well-known brand of Israel’s settlements, which are regarded as illegal under international law (The Guardian).

The move sparked a major backlash against both Ben & Jerry’s and Unilever, with some accusing the consumer goods giant of anti-semitism (The Mail).

Claims about plastic packaging being eco-friendly made by big brands, including Coca-Cola and Unilever, are misleading greenwashing, according to a report (The Guardian).

Whitbread, Britain’s biggest budget hotel operator, has poached the head of Domino’s Pizza UK to replace its chief executive Alison Brittain, who will leave in January after seven years in the top job (The Financial Times £).

The move will reduce the number of female chief executives in the Footsie to nine (The Mail).

Brittain, who has decided to retire from full-time executive life, will be replaced by Dominic Paul, 51, the chief executive of Domino’s Pizza Group and a former senior executive at Whitbread (The Times £).

Paul led Domino’s Pizza Group throughout the Covid crisis, having joined the business after leading Costa Coffee during its ownership by Whitbread before the cafe chain was sold to Coca-Cola in 2018 (The Guardian).

Fuel thefts from British filling stations have shot up by nearly two-thirds this year to record levels amid soaring prices, an industry body has said (The Guardian).

The governor of the Bank of England warned on Wednesday that Britain’s economy is suffering more from the energy crisis than other countries with UK inflation likely to stay higher for longer (The Financial Times £).

The Bank of England is leaving “all options on the table” including a bigger 50 basis-point interest rate rise to tackle 40-year high inflation, central bank governor Andrew Bailey has warned (The Times £).

Business confidence has fallen to a 15-month low as soaring inflation and the associated cost-of-living squeeze pile the pressure on bosses (The Times £).

The introduction of an online sales tax could hurt consumers and would raise minimal revenue according to a study by the Institute for Economic Affairs (IEA), the free-market think tank (The Times £).

A wave of megadeals carried global mergers and acquisitions volumes to $2tn in the first half of the year, even as inflation, interest rate rises and the Ukraine war have ravaged confidence and caused significant deals to fall through (The Financial Times £).