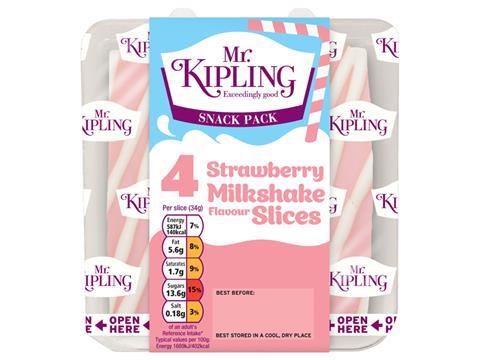 The takeover tussle between Premier Foods and McCormick was still firmly in the spotlight in this morning’s paper ahead of the new revised offer of 65p a share. Plus Irn-Bru owner AG Barr’s results come under focus.

The Telegraph claims that Premier Foods told Japan’s Nissin Foods that it had received an approach from McCormick before any of its existing shareholders and before the noodle maker bought a 17.3% stake in the supplier. “The revelation that Premier Foods told Nissin of the approach before disclosing it to existing investors will only further incense disgruntled shareholders,” the paper writes.

The Telegraph’s business editor James Quinn has put his thoughts on paper under a strobgly headlined piece: “Premier Foods farce has left a sour aftertaste”. “… what Darby [Premier CEO] has in fact done is put incorrect information into the market during a bid situation, and, whether inadvertently or not, favoured one potential investor over its entire share register. Whether it knew it was doing or not, in essence, this could be seen to be an attempt by Premier’s board to frustrate a possible deal, in breach of Takeover Panel rules.” He concludes that Premier’s banking advisers should persuade the board to launch an open auction for the company.

The Lex column in the Financial Times examines how Premier is valuing itself, writing its enterprise value depends in large measure on how the liabilities are calculated. It concludes after looking at several methods involving the supplier’s pension deficit that “whichever recipe for calculation is most appropriate, the issue matters: Premier is a £4bn pension scheme with a £1bn foods business attached.”

AG Barr gets plenty of column inches following yesterday’s full-year results. The Financial Times takes a negative angle writing the Irn-Bru owner warned the sugar tax would hit one-third of its products. It comes as CEO Roger White played down the potential effects of the levy as the group concentrates on low and no-sugar varieties. The Lombard column in the paper said the sugar tax has soured AG Barr. “The new tax will not do Irn-Bru maker AG Barr any good, despite the group’s talk of ‘mitigation’.”

The Guardian and Telegraph come at the story from a different angle to concentrate on White’s comments playing down the impact of the potential levy. The Times writes that White “poured cold water” on suggestions that it could team up with industry rivals to sue the government over the tax on sugary drinks announced in the budget.

The Independent looks at how George Osborne has an “unlikely ally” in the battle against sugary drinks in El Nino. “Weather conditions in global sugar producing countries have been so unfavourable that an impeding sugar shortage could see the price of sugary drinks and snacks rocket in the second half of 2016,” the paper writes.