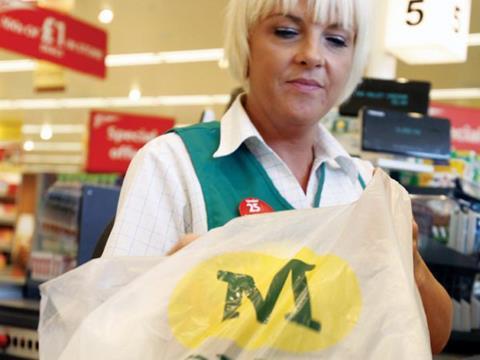 Morrisons is facing a potential £100m equal pay compensation claim from hundreds of its staff, who believe that they have been underpaid compared with colleagues.

More than 170 possible claimants, predominantly women, are already preparing to launch a legal challenge demanding pay parity for carrying out work of “equal value” with staff, often men, working in distribution centres and warehouses. Morrisons is the last of the big four to be subject to such a pay claim, with Asda, Tesco and Sainsbury’s all facing similar actions. (The Times £)

The 2 Sisters Food Group at the centre of a meat factory scandal was guilty of regulatory failures and poor hygiene at its poultry plants, according to a report by the Food Standards Agency (The Guardian). The UK food regulator has found some evidence of hygiene law breaches at 2 Sisters Food Group. However, The Food Standards Agency said since voluntarily strengthened its procedures (The Financial Times £).

The Japanese maker of Ribena has cut 50 per cent of the sugar from the cordial as it extends its “brave” initiative to help to tackle Britain’s obesity epidemic (The Times £).

Landlords mourn as Maplin and Toys R Us enter the retail graveyard, writes The Times (£). As big chains go bust, commercial property owners are being squeezed. Also, retail sites in the southeast of England are most exposed to the collapses this week of Toys R Us UK and Maplin (The Times £).

The high street crisis spread on Friday as Mothercare said it was in talks with its banks, and Sports Direct increased its stake in another struggling retailer, Debenhams (The Guardian).

The Beast from the East blast of freezing weather has blown a hole in high street sales and is threatening to tip struggling retail chains over the brink. The number of people visiting high street stores and shopping centres plunged by a startling 25 per cent last week. (The Daily Mail)

Italian restaurant chain Carluccio’s has hired advisers to look at strategic options amid a spiralling crisis among high street eateries (The Times £). he casual dining crisis has struck again as it emerged Carluccio’s is working with KPMG to look into options to help the chain (The Telegraph).

The Restaurant Group, owner of chains such as Frankie & Benny’s and Garfunkel’s, is looking to sell some of its prime sites amid mounting pressure in the sector. (The Times £).

One in three of the UK’s top 100 restaurant groups are lossmaking, a rise of 75% in the past year as the casual dining crunch continues with little respite in sight, according to a study. (The Guardian)

Food giant Archer Daniels Midland is looking to thwart Glencore’s pursuit of American grain trader Bunge by teaming up with a mystery Asian company. (The Times £).