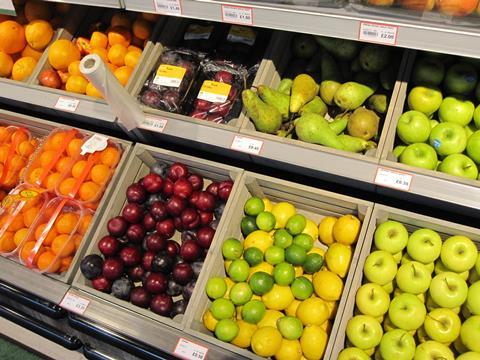 Retailers have warned that there will be shortages of fresh food coupled with potential price rises if there is a no-deal Brexit. The body representing supermarkets and other chains told MPs that they could not understand why Michael Gove had claimed otherwise in a BBC interview over the weekend. (The Guardian)

While uncertainty hangs over the future of the UK’s relationship with the EU, the European ports which send millions of tonnes of goods to Britain every year have been planning for every eventuality - including the prospect of a no-deal Brexit. Will Brexit hit Britain’s fresh vegetable supplies? (The BBC)

A snack tax of 20% on biscuits, cakes and sweets would have “a huge impact” on obesity levels in the UK and be more effective than the current levy on colas and other sugary drinks, say experts (The Guardian). Snack tax ‘could be more effective than sugary drinks levy’ as researchers say a 20% price increase of sugary snacks could lead to an average weight loss of 1.3kg (Sky News).

The three founding families behind Fuller, Smith & Turner will share about £35 million from the sale of its brewing business to Asahi, the Japanese drinks group (The Times £). Pub group Fuller’s will dish out £69million to shareholders after completing the £250million sale of its brewery arm to Japan’s Asahi in January (The Daily Mail).

Majestic is giving away almost 1m bottles of wine as it launches a ‘fitting’ service for customers based on blind tasting. (The Daily Mail)

Starbucks downgraded its full-year profit forecast for 2020 two months after raising it, sending its shares down. (The Times £)

Output down. Domestic demand down. Export orders down. Recruitment down. Investment plans down. Those are the headlines from the latest quarterly survey of manufacturing bosses and members of Make UK, the industrial federation formerly known as the EEF, which is warning that the sector is heading into recession. (The Times £)

Global investors are showing greater interest in alternative proteins, such as plant-based substitutes and lab-grown meat, as the climate impact of agriculture and food production comes under the spotlight. (The Financial Times £)

Target has set the stage for contentious talks with the US retailer’s suppliers of Chinese goods, telling them it would refuse to “accept any cost increases related to tariffs” imposed by Donald Trump in his trade war with Beijing. (The Financial Times £)