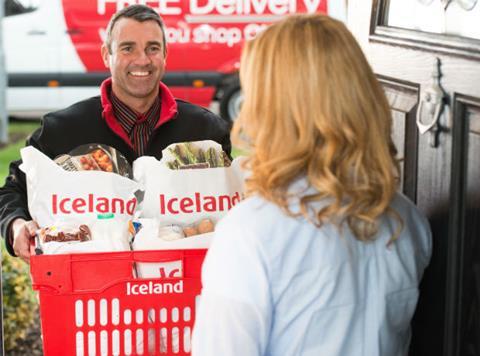 Supermarket Iceland has created 3,000 new jobs to cope with the huge extra demand for online groceries since the lockdown in March (The Guardian). Frozen food chain Iceland is the latest retailer to go on a hiring spree to cope with the boom for online groceries since lockdown was imposed (The Telegraph). Supermarket chains Morrisons and Iceland are to make thousands of temporary staff permanent as a surge in demand for online deliveries fuelled by the coronavirus pandemic continues (The BBC).

Amazon’s key UK business paid just 3% more tax last year when profits rose by more than a third as the online retailer benefited from the switch to home shopping (The Guardian). Amazon paid less than £300m in UK tax last year after logging revenues of almost £14bn (The Telegraph).

The mass closure of bars, pubs and restaurants hit tonic sales at mixer maker Fever-Tree, despite rising demand for cocktails at home (The Daily Mail). Fever-Tree, the maker of upmarket mixers, has signalled a cautious outlook for the rest of the year as drinkers make a slow return to pubs, bars and restaurants with the lifting of lockdowns (The Financial Times £)

Fevertree Drinks became one of the few companies to raise its dividend on the back of a resilient first half but warned that it was “not immune” to the pandemic. (The Times £)

UK farmers are calling for parliament to be given a final say on post-Brexit trade deals as concerns mount that the agriculture sector will face competition from food produced to lower standards overseas. (The Financial Times £)

Sterling fell sharply on global currency markets after Brexit tensions exploded back into the open. (The Daily Mail)

Online grocery boom could deliver supermarket price war, writes The Telegraph. The big grocers are finally making money from digital sales, and it could help them fend off discounters Aldi and Lidl. (The Telegraph)

A clash between retailers and landlords has escalated as Britain’s biggest property owners call on the government to end a ban on aggressive collection of rent. The British Property Federation has written to Alok Sharma, the business secretary, urging him to end a moratorium introduced at the start of the pandemic. (The Times £)

Beyond Meat is increasing its presence in China, becoming the first foreign company specialising in plant-based meat to build production facilities in the country. (The Financial Times £)

The founder of China’s biggest bottled water group has become the country’s third-richest person with a fortune of more than $50bn, after shares in his company surged on their debut in Hong Kong (The Financial Times £)

Sky News’ Ian King writes that the flotation, the fourth most successful on the Hong Kong exchange for a business with a value of more than $1bn, values Nongfu at just under $48bn (£37bn). “To put that in context with other major drinks companies, Heineken, the world’s second largest brewer, has a stock market valuation of £40bn, while Carlsberg, the world’s third-largest brewer, has a market value of £16bn.” (Sky News)