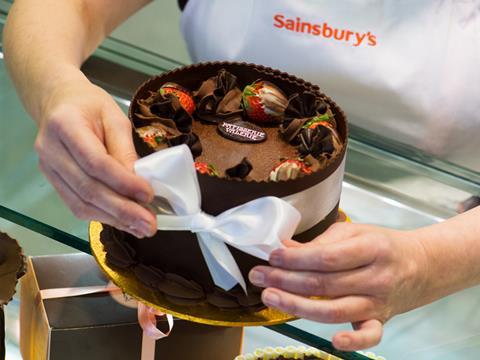 The crisis-stricken owner of Patisserie Valerie has appointed an interim CFO, after its previous finance chief left the company amid an accounting scandal regarding a £40m black hole.

Patisserie Holdings (CAKE) has appointed Nick Perrin in the role until the company can find a permanent replacement for Chris Marsh.

Marsh resigned from the business following investigations into possible fraud at the company. He was arrested by police on bail after October’s revelations and is under investigation by the Financial Reporting Council.

Perrin joins the bakery chain after most recently working as finance director for AIM-listed vet services provider CVS, which saw revenues grow from £110m to £350m during his time there.

“I am pleased to welcome Nick to Patisserie Holdings,” Francis commented.

“He brings with him the necessary experience to help strengthen the team as the Company works tirelessly to put the events of the past months behind it and look forward to the future.”

Patisserie Valerie became embroiled in scandal on 10 October, when shares in the business were suspended after an internal investigation discovered it was almost £10m in debt, instead of having £28m at the bank. It had also been served a winding-up petition by HMRC over unpaid taxes worth £1.14m.

The ensuing crisis prompted the group’s chairman Luke Johnson to stump up £20m of his own money to keep Patisserie Holdings afloat as part of a rescue package which has also seen investors plough a further £15m in emergency funds into the business.

The company employs more than 2,500 staff across 206 stores.

The company, which principally sells spirits in east and central Europe, also saw sales jump 8.7% to €282.4m, heralding the premiumisation of its portfolio.

Volume sales increased 2.8% to 13.3m cases, but value sales accelerated on the back of strong growth of premium brands in Poland.

The supplier, whose brands include Amundsen and Nordic Ice, also said investment into premium drinks in the Czech Republic made the company more “resilient” in the region.

During the period, Stock distribution of The Dubliner and The Dublin Liberties Irish whiskey brands across all markets, building on its 25% investment in Quintessential Drinks Ireland.

On the back of its profit growth, the group has reduced its net debt by almost €20m, to €31.6 million

“This has been a year of good growth for Stock Spirits, and today’s results show that our strategy of focusing on premiumising our range and increasing the use of digital channels in order to engage with millennial consumers is working,” said CEO Mirek Stachowicz.

“We are pleased with the increasing strength and resilience of our core Polish business, and also with the way in which we have combatted the headwinds experienced earlier in the year in the Czech Republic.

“Given the positive momentum in our underlying business and our portfolio of strong brands that are responding well to our ongoing programme of investment, we remain confident of being able to achieve further growth in the future.”

Elsewhere, Smirnoff owner Diageo has confirmed that Ursula Burns will no longer be appointed as a non-executive director to the company board.

The spirit giant announced plans to add Burns as a non-executive director on 27 March 2018.

The two parties have agreed, that “in light of her still continuing to act as interim executive chairman of VEON”, she will no longer join the spirit group, a trading update said.

Political uncertainty has resulted in a steep fall for the FTSE 100 this morning, as it dropped 1.3% to 6,928pts in early trading.

Doubts about the US-China trade truce and the rising pound pushed down the FTSE 100 yesterday, as it dropped 0.6% to 7,022pts.

Convenience retailer McColl’s (MCLS) was once more of the day’s worst performers, sliding 7.1% to 77p, on the back of 30.2% nosedive on Monday. The fall in value came after it issued a further profit warning, saying that difficult trading conditions had impacted profitability as it had to accelerate the rollout of its Morrisons supply contract following the collapse of Palmer & Harvey.

Food-to-go supplier Greencore (GNC) also ended the day lower, falling 3.3% to 177.7p after it posted a 4.2% rise in annual sales from continuing operations after the sale of its US business.