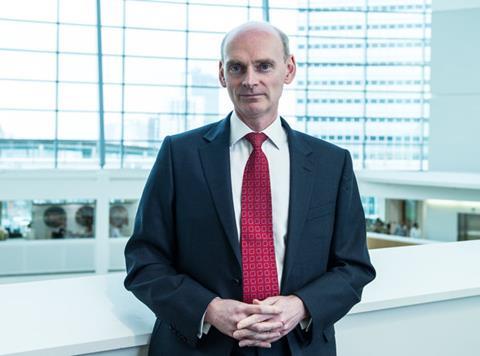 Pennycook, described as a “retail industry heavyweight” by 2 Sisters, succeeds former ITV CEO Lord Allen of Kensington and will chair the group’s next board meeting later this month.

During almost nine years in the non-executive chairman role, Lord Allen helped steer Boparan Holdings through its acquisition of Northern Foods in 2011 to become “the successful, diversified food manufacturer it is today”, 2 Sisters said.

Pennycook joined the Co-op Group in 2014 at the height of a financial meltdown at the Co-op Bank and is widely credited with saving the bank and revitalising the Co-op’s food business alongside current CEO Steve Murrells. He also won praise in 2016 when he requested a 60% drop in salary after saying his job had got easier as the society had “turned a corner”.

After leaving the Co-op in 2017, Pennycook resumed a portfolio career, becoming chairman of the BRC and department store chain Fenwick and the lead non-executive board member at the Department of Education. He has previously worked as finance director of both the Co-op Group and Morrisons.

On his retirement from the business Lord Allen was praised by Boparan owner and president Ranjit Singh and thanked for his “wise counsel, support and leadership over the last nine years”.

Singh added he was “delighted we have been able to attract Richard to the chairman role and I look forward to working with him”.

Pennycook’s “knowledge, skills and experience of the sector will be invaluable as we continue to transform the business”, Singh said.

“I have long admired 2 Sisters and I am very excited to be taking over the chairman role,” said Pennycook. “I look forward to working with Ranjit and [CEO] Ronald [Kers] to further build and strengthen the group.”

Waitrose & Partners sales suffered a 2.4% slump in the week to 11 January.

Home general merchandise sales dropped by 9.1% in the seven day period, with ambient foods down 2.6% and Chilled, fruit, veg, bakery, meat, fish, frozen and dairy down 1.9%.

Total sales for its first 50 weeks of its financial year are down 0.8% year on year.

Waitrose said vegan sales were up 13% this week as Veganuary enters its second full week. Soft fruit sales were up by 4% as many customers opt for healthier options in January, with lettuce and cucumber also up by 6% and 4% respectively.

Low and no alcohol drinks were also popular (up 27%) as customers take part in ‘Dry January’.

The market punished McBride (MCB) after the household goods manufacturer issued its third profits warning in a year – this time sayings its 2020 earnings will be hit by underperformance in its UK business. The company’s shares plunged 16.6% back to 66.7p and have now more than halved in the past 12 months.

Yesterday’s risers included Premier Foods, up 3.4% to 39.6p ahead of its own crucial third quarter trading update on Friday.