Baked beans prices on the rise in major supermarkets 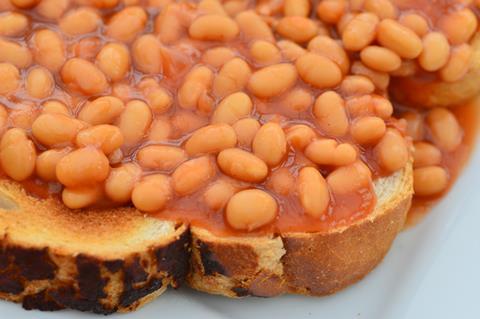 In total, around 15 Heinz SKUs are now more expensive

Beans on toast, the cheap ‘n’ cheerful teatime classic, looks to be getting costlier, as supermarket prices of branded and own-label baked beans rise.

Average supermarket prices for baked beans are up 2% year on year, with leading brand Heinz subject to a swathe of price rises across the mults over the past month [Edge by Ascential 52 w/e 3 October 2019].

“The cost of individual products is determined by a number of factors, and prices can fluctuate, both up and down, as a consequence,” says Sainsbury’s. “We remain committed to providing our customers with great quality and value every time they shop with us.”

It comes after Waitrose made some own-label beans costlier in the spring. Its Baked Beans 400g went up to 37p from 34p, while the 220g format rose to 29p from 26p, and Duchy Organic Baked Beans went to 68p from 65p. These changes were “in line with the market” Waitrose insists.

Kraft Heinz stresses stores’ prices are “independently chosen by retailers and are also subject to each retailers’ own promotional strategies and phasing year on year.

“While we do not comment on specifics of our pricing, we remain committed to offering value for money for all our varieties.”

The recent surge in baked beans prices has likely been driven by the rising cost of Italian tomatoes, says Cristina Nanni, specialist reporter at Agribusiness Intelligence.

Wet and unseasonable weather slowed planting earlier this year in Italy, the UK’s biggest supplier of tomatoes for food processing. As a result the year-on-year price of Italian tomatoes was up 26% by late August 2019 to £1.87 per kg, according to Mintec data.

Tomato processors are waiting to see how the season will end before they calculate asking prices for their food manufacturing customers, Nanni says. However, the forecast is for a price increase.