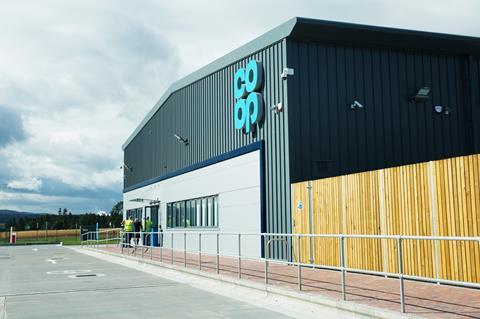 The Co-op has told suppliers it expects them to absorb tariff increases for three months, if Brexit negotiations result in a no-deal.

The Grocer has obtained a letter sent from the retailer saying promotions lined up until March are already “locked and loaded” and that its buying teams will not accept any cost increases.

The retailer told The Grocer it would be “almost impossible” to change the prices for agreed promotional activity. It had already committed to major spending on marketing in store and advertising campaigns, it added.

However, the warning has increased fears suppliers could end up carrying the can for Brexit price increases, with some experts warning it will be very hard for them to pass their costs on to retailers.

Writing to suppliers this week, Co-op commercial director Matt Hood said the Co-op expected all promotional activity lined up for the first three months of the year to be honoured without any price increases, regardless of whether negotiators reached a deal with the EU.

“I appreciate this is a different commitment for all of you depending on the stock you hold, and the point at which the potential tariff becomes applicable,” he said.

“To ensure we retain a strong offer for customers at the start of 2021, I’ve asked my buying team not to accept changes to cost prices for the locked and loaded promotions we have in place in the first three promotional periods of the new year.”

Hood admitted suppliers had “absolutely no control over the tariffs”, adding: “In the event of a no-deal Brexit, we will obviously need to engage in a collaborative and pragmatic conversation about the cost of goods for the impacted items we sell.

“As you’d expect, we’ve been modelling what the tariffs mean so we’re in a position to enter into these discussions with you as soon as we have clarity from the government.”

With 15 days to go until the end of the transition period, the Co-op has also told suppliers it expected them to take responsibility for delivered duty paid (DDP) Incoterms.

The retailer has written separately to suppliers saying it expects them to take responsibility for Incoterms costs post-Brexit, including “meeting any regulatory requirements associated with your products, managing export customs clearance from the country of origin and any import customs clearance into the UK”.

Ged Futter, founder of The Retail Mind, said promotions were the “lifeblood” of suppliers who were outraged at being told they should swallow Brexit cost increases, even though the retailer had admitted they were totally beyond its control.

“Quite frankly it is outrageous for the Co-op to think that suppliers can afford or even should absorb this tax,” he said.

“I note that the Co-op have not come forward saying that they will re-pay the business rate relief that they have received. The retailer said it has put the interests of people before profits and ‘the extra costs for keeping our colleagues and customers safe have far outweighed the government support we’ve received, in respect of business rates and furlough payments’.”

A spokesman for the Co-op said: “This is worst-case scenario planning ahead of a potential no-deal Brexit and is solely in relation to agreed promotional activity.

“Prices and volumes on this stock for the early part of the year have significant marketing support, including TV support and in-store promotional material for the deals, and changing these prices is almost impossible for the business.

“We’re keen to have a discussion with suppliers who have agreed to such activity about whether this stock is already in the country and therefore not impacted from day one by any potential new tariffs, which means that the prices can be held to offer great value to shoppers.

“We care deeply about our relationships with our suppliers and we are very sorry if that was not clear in the communication.”

Meanwhile Tesco has written to suppliers saying it will work “collaboratively” with them on Brexit costs, urging them to flag up any concerns about their readiness for a possible no-deal.

“While we await the outcome of trade talks between the UK and the European Union, we continue to plan for all eventualities,” said Tesco chief product officer Ashwin Prasad in a letter seen by The Grocer.

“With this in mind, it would be helpful to understand if the UK Global Tariff schedule could impact the cost of your products. If we do reach a free trade agreement with the EU, this information will not be applicable. However, receiving information from you now will help us to manage any tariff impacts quickly and collaboratively with you if required.”

The Grocer has previously reported how a raft of products face massive tariffs in the event of a no-deal, with the BRC warning of “frightening” cost increases.

The consortium said food tariffs would rise by an average of 20% if there is was no deal, which could see products such as olive oil see increases of at least £1/litre.

Other products facing eye-watering tariffs include fresh meat products, such as mince (48%).

Fruit imports from the EU such as raspberries (14%), strawberries (10%) and grapes (8%), as well as apples during some stages of the growing season, would also be hit.

However, lawyers have warned suppliers could find it very difficult to pass the burden on to supermarkets, leaving them stuck bearing the costs for months, if not years.

Mark Jones, partner and head of food and drink at law firm Gordons, said that while many of the biggest manufacturers could be able to force a quick renegotiation, as should suppliers on annual rolling contracts, many smaller businesses could be locked into multi-year contracts with no contractual agreement to discuss changing input costs.

“Those businesses will either be stuck with the price hike, or it will be hugely delayed,” he said. “And even if you do get one, it’s very unlikely that they’ll be able to shift all of the additional input costs on to the retailer.”