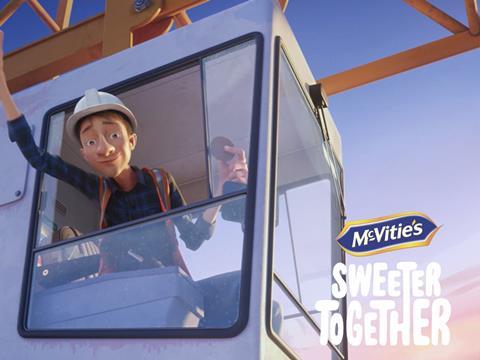 McVitie’s is in the midst of a £10m push

McVitie’s is the UK’s fourth most trusted name in grocery, according to Kantar Worldpanel’s 2018 UK Brand Footprint Ranking - the Digestives maker having been plucked from mults’ shelves 291 million times last year.

To further endear itself, McVitie’s is in the midst of a £10m push - and is offering a greater number of supermarket promotions on biscuits than any other brand.

This escalation was indicative of the larger biscuits category, which was the most deal-heavy last month after confectionery and booze. Nine of the top 10 biscuit brands increased their average savings on the previous year, with only Burton’s reducing the value of its deals.

“Biscuit savings for the top 10 are all above the average observed for brands, with Oreo offering the biggest savings of 49.8% on average,” says Assosia director Kay Staniland.

The rise across the category was most likely “due to the fact that there are multiple items within the category of biscuits, including breakfast, traditional sweet and savoury, meaning a large number of brands can be part of the market, therefore creating high levels of competition”.

Such competition was probably the main reason for high savings to be had on biscuits, Staniland adds. “This means the market is open to new innovations, which benefit from promotion.”

While McVitie’s activity fell by up to 2.2% in the back aisle, foyer and power aisle, it increased by 4.2% in the till aisle, with mechanics focused on save - up 14.6% year on year - in line with the majority of the other top-promoting brands.

Indeed, the Jaffa Cakes owner was the second-biggest promoting brand across all categories last month after Cadbury, offering 293 deals on its biscuits, cakes and other products - with a 3.2% year on year increase in average saving.