Alpro to remove ‘may contain nuts’ warnings on soya products 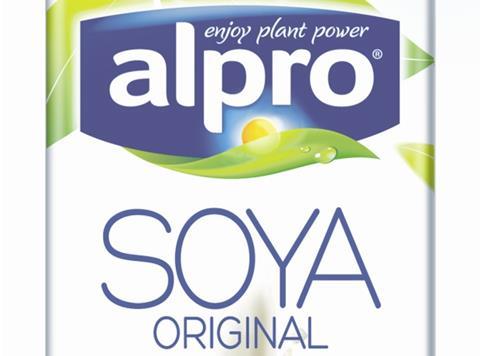 Alpro has u-turned on its decision to merge the production of its soya products and nut milks following a backlash from allergy campaigners.

The company said today it had made “major investment” in its production facilities to separate once more the production of its soya, rice and oats drinks from products containing nuts.

The production merger – announced last November – had led Alpro to put “may contain nuts” warnings on products that were previously deemed safe for allergy sufferers, sparking an outcry from campaigners.

Campaign group AlproSOS launched a social media campaign urging Alpro to keep its soya products nut free. It scored a partial victory in March, when Alpro agreed to keep the production of its one-litre junior soya milk cartons in a nut-free environment.

Today, in a statement issued to AlproSOS, Alpro said it would be “gradually removing the ‘may contain traces of almonds and hazelnuts’ claim from its drinks and plant-based alternatives to cream and desserts”.

In so doing, it would eliminate “any avoidable risk of cross contamination”, said Alpro spokeswoman Ann De Jaeger.

“We apologise for any confusion relating to the nut claim, but our intention regarding labelling has always been to keep consumers fully informed of the changes as early as possible,” she said in her statement to AlproSOS. “Now that production plans have changed, the claim is no longer necessary.”

Allergy campaigner and co-founder of AlproSOS Alexa Baracaia said Alpro’s u-turn had restored her “faith in the brand”.

“We were very concerned that another major manufacturer had slapped on a label and made a staple product unavailable to allergy sufferers,” she said.

The group had been in “ongoing talks” with Alpro since it announced its decision to merge production with nut lines, and Baracaia said she hoped its decision to run separate lines would “set a precedent for other manufacturers.”

“Alpro’s decision to place this label on its products was all about reducing its liability, rather than risk, and it’s simply not enough to do this, especially as there are other allergies such as eggs which are equally as risky.”

Alpro said the majority of the new packs would be on shelves from the end of 2014 and the first weeks of January.

Asked what had prompted the company to change its production, UK senior brand manager Vicky Upton said: “We always listen to our consumers to ensure that we provide them with the best plant-based products we can. Alpro is a fast-growing business and this means we were able to review our investment programme. In this case, it meant that we could respond to the needs of our allergic consumers for dedicated production lines for several of our products.”