Edible insects are just one more hard to swallow 'miracle' 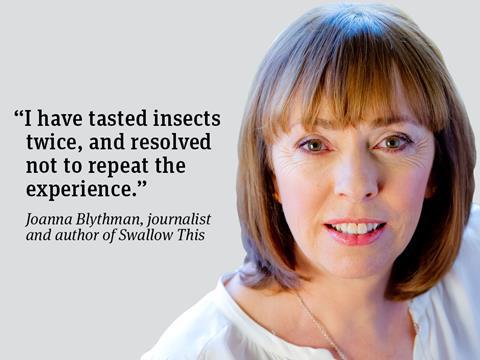 I have developed deep scepticism for the daily scientific miracle. Researchers have found a way to ‘cure’ a deadly disease/feed the starving billions/save the planet (delete as applicable) that could be a ‘promising’ solution to an intractable problem.

Universities under pressure to bring in research funds task their press officers with communicating academic work likely to attract grants by serving up narratives that make for easy headlines. Under-interrogated stories get fired out in rapid succession, the latest one frequently contradicting several before. But who cares? These days their audience increasingly has the attention span of a flea.

Talking of insects, the other day I heard an academic from Edinburgh University being quizzed on radio about new research apparently proving that if half the meat eaten worldwide was replaced by insects, greenhouse gas emissions would be significantly reduced. The interviewer queried how the public could be convinced to consume insects routinely. It’s down to chefs to make them palatable, came the response. Good luck with that, chefs.

I have tasted insects twice. The first time, at a Borough Market event, whole insects were bathed in some salty solution impregnated with pungent spices. The armoured texture of the shell was so unyielding, I swallowed quickly. A tiny scratchy leg lodged in my throat. It was almost an A&E moment.

On the second occasion, the insects were incorporated in flour form into an otherwise pleasant brownie, to which they brought a gritty consistency and muddy taste that reminded me of when I got food poisoning from eating an inadequately purged snail. Insect gastronomy? You’re ­welcome to it.

Edible insects are a get-rich-quick dream. Just stuff millions of insects into sheds, feed them on waste substrates, water and heat them, then sell them for human consumption. What could possibly go wrong? Allergens, prions, microbiological and chemical hazards, for starters.

As EFSA has noted, there are no systematically collected data on animal and human consumption of insects, but sci-fi authors won’t be short of plotlines.