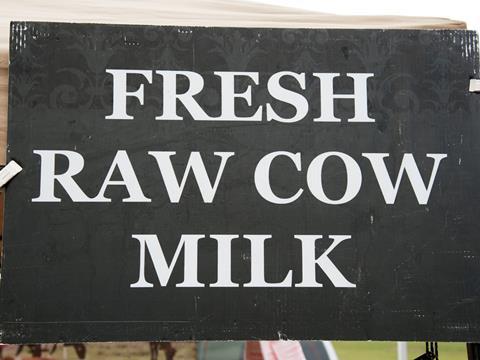 Tighter regulation of raw drinking milk is back on the agenda after the FSA said an upsurge in consumption and production required an “increased focus” on the product.

There has been a five-fold increase in UK raw drinking milk (RDM) production from 2012 to 2017, according to an interim report which will be discussed by the FSA’s board next week, with volumes rising from about 610,000 litres to 3.2 million litres. The number of producers in the UK grew from 108 to 151.

There has also been a significant increase in human illness linked to raw milk consumption over this period.

Following a spate of illnesses in late 2016 linked to RDM consumption, which included an outbreak of e.coli supposedly linked to Errington Cheese, the FSA said it had “no plans” to reopen a review into RDM.

However, the interim report suggested the regulator had now changed its position, with an internal audit last summer identifying “significant weaknesses in governance, risk management and control”.

The FSA was finalising legislation for compulsory labelling that “strongly advised” RDM should not be consumed by vulnerable groups, the report said, and planned to publish a full report in June with more detail on proposed regulatory changes.