Takestock teams up with food charity to redistribute fish meals 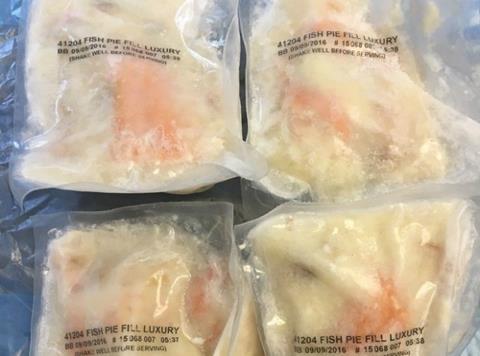 Takestock, a digital trading platform for food, has teamed up with a Manchester-based food charity to redistribute 25,000 fish meals destined for landfill.

The online marketplace, which bills itself as ‘the eBay of grocery’ was established in 2015 and works as an intermediary to find new markets for surplus food and drink.

It partnered with charity The Bread and Butter Thing in August after a batch of 25,000 fish meals originally manufactured for a national pub and restaurant chain became available, allowing the charity to ultimately feed more than 4,000 people across the Manchester area.

The charity tie-up was the first in a planned new service for Takestock, said founder and CEO Campbell Murray, and would benefit good causes when batches of unwanted or unused food from the grocery and food manufacturing supply chains could not be re-sold.

“It isn’t currently that easy for charity buyers to identify themselves as a back-up option, so we are planning to introduce an accredited charity buyer programme so sellers can easily see that the buyer is a registered food charity which sellers will be able to hold as a reserve option,” Murray added.

“The vast majority of our sellers will have a date in mind when they want to give food away if they haven’t got a cash offer,” Murray said.

“When the Takestock team notified us of the fish portions, we immediately agreed to take the donation and arranged transport to take the stock at the earliest opportunity,” said The Bread and Butter Thing founder Mark Game.

The partnership with Takestock meant it was able to “access ingredients that we desperately need that may otherwise leave the food chain” he added.

“The donation was very welcome but quite large for us to take alone. However, we believe in sharing our food and resources and the fish portions were redistributed amongst our members as well as to social supermarkets, charities that feed the homeless, and hostels that provide sheltered accommodation to people in need. Nothing went to waste.”