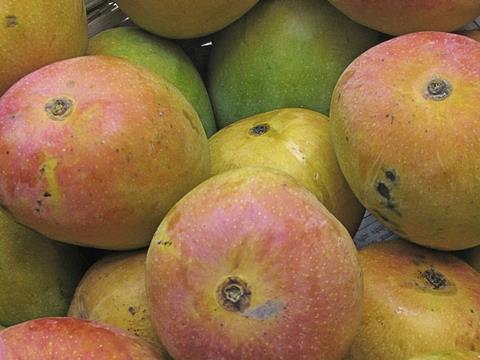 Defra has defended the EU import ban on Alphonso mangoes

Defra has defended the import ban imposed by the European Commission last week on Alphonso mangoes, and urged Indian authorities to take action.

Speaking at a House of Commons debate yesterday (8 May), Dan Rogerson MP, the parliamentary under-secretary of state for environment, food and rural affairs, said the key to overturning the ban lay with exporters and the Indian authorities, despite claims by Labour MP Keith Vaz it was harming UK businesses.

Rogerson said: “Clearly the key action resides with the exporters, and in their ability to demonstrate that what they are exporting meets the criteria that we need to have confidence in.

“As soon as we have a clear message that things are improving, I and my ministerial colleagues will be happy to press the European Union to have an early re-inspection so that we can get the ban overturned.”

He added that the pests found on imported mangoes and other items of Indian fresh produce posed a threat to the UK’s £320m glasshouse crop sector, with the safeguarding of plant health “one of Defra’s top priorities”.

While “understanding and regretting the impact of the ban on businesses importing mangoes and other products from India”, the Liberal Democrat MP for north Cornwall warned that India had topped the list of countries from which consignments with pests had been intercepted in recent years.

Rogerson said: “At present, the system of export controls for plant health in India, and, in particular at the main point of exit for fresh produce exported to the EU (Mumbai airport), offers no assurance with regard to the pest status of consignments or compliance with the EU import requirements, or relevant international standards.

“Unless the significant shortcomings are addressed the risk of introduction of harmful organisms on plant products exported from India to the EU remains high.”

Vaz, the MP for Leicester East, said the import ban would be “devastating” for Indian growers, and would affect customer confidence in the products in addition to creating “financial losses to British citizens, and damage to our special relationship with India”.

He added that the Indian department of agriculture had told him that it had been “surprised” by the ban, but that systems, procedures and infrastructures had improved, and had increased the number of technical personnel in high-risk areas.

Rogerson said: “Clearly we want to build on our very strong relationship with India. We want to ensure that the inspection takes place when progress has been made.

“The last thing we want is for a lack of progress to lead to the ban being extended unnecessarily, but we want to see action from the industry to reassure the Commission and all member states that progress has been made.”

Defra’s stern position has been mirrored by the European Commission. A spokesman told The Grocer last week: “It is up to the Indian authorities to ensure that their products fulfil our food safety requirements.”

Prime minister David Cameron has pledged to discuss the ban with India’s new prime minister. He told MPs on Wednesday (7 May) it was a “serious issue”, with concerns about possible cross-contamination.

India’s month-long general election is currently in full swing, with votes due to be counted on 16 May.