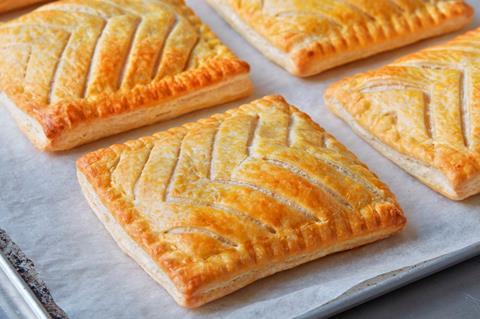 This week it emerged the chain plans to cut 820 jobs, with CEO Roger Whiteside warning the business “will not be profitable” if sales continue to slip.

Sales of Greggs retail range have shot up by almost a third – providing a small silver lining for the beleaguered bakery titan.

“Throughout the pandemic, when Greggs was shut, we doubled our sales on that particular range,” said Iceland trading director Andrew Staniland.

“Interestingly, even when lockdown restrictions eased, around August and July, we saw sales maintained at a really strong level that seems to be sustained, and our relationship with Greggs has gone from strength to strength.”

The contrast between this and Greggs’ own store estate is stark: this week it emerged the chain plans to cut 820 jobs, with CEO Roger Whiteside warning the business “will not be profitable” if sales continue to slip.

Its recent Q3 trading update for the four weeks to 26 September revealed sales from its managed shops were only at 76.1% of their 2019 levels. The business missed out on the government’s Eat Out to Help Out scheme due to keeping seated areas in its stores closed, the update said.

Regardless, a spokesman said Greggs was on track to have opened 20 new stores by the end of the year.

One City source suggested Greggs’ fortunes were perhaps not as dire as many of its peers.

“They have a ‘white van’ type consumer base and decent hub locations so they are probably not as badly impacted as the other Pret-type businesses,” he said.

“They also have a product price point which should be in good shape for a price conscious consumer in 2021,” the source added.