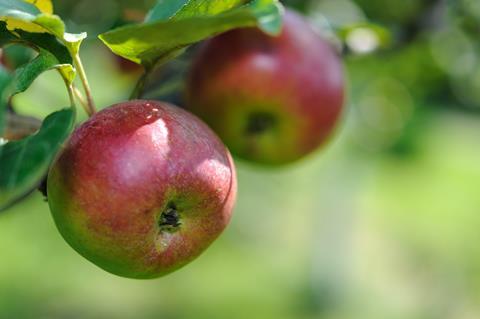 The 6.2% rise in the national living wage in April had added up to three pence per kilo in costs, while coronavirus had caused a further uplift of 11 pence per kilo, according to research by the industry body.

The coronavirus crisis meant packhouse lines had been slowed down to adhere to social distancing measures, BAP said. Extra PPE had also increased costs, it added.

“In terms of the year-on-year picture, [costs] are significantly higher and are running way above inflation,” said BAP executive chair Ali Capper.

“We’ve now got a major price war going on. The industry feels more needs to come back down the supply chain. I hear this across the board, not just in apples and pears, but across fresh produce. Division of margin back to farmgate and packhouse has stood still for a number of years against a backdrop of above-inflation national living wage increases.”

Capper added asking retailers to reflect increased costs in consumer prices was a “non-starter” because retailers were “trying to get themselves into a place where they’re ready for a recession”.

“It feels like there will be more and more of a squeeze on margins and I think we’re reaching a point where that’s becoming untenable,” Capper said. “What we can’t allow to happen is for the industry to stop investing in the future. In the case of tree fruit, investment is long-term. If you’re not confident you’re going to get profit back over an orchard’s lifetime, you’re not going to plant it.”

The warning came amid a “very disappointing” season for apple growers, said Capper, poor weather over the winter and spring having stunted growth in orchards.

“When you take the weather into account, to be in a similar place to last year is not bad. It’s just not where we’d like to be,” Capper said. “The industry has been on a growth trajectory. We have got quite a lot of new orchards, new planting and new investment [across the industry]. As that has come on stream, we should have been seeing year-on-year growth this year.”

She added the coming week could also push that figure down even more as severe storms were forecast to sweep across the UK.

However, she said the crop that did come through could be of “fabulous” quality due to “brilliant pollination, excellent cell division and a classically British summer.” She also believed British apples would not lose market share to European competitors as mainland Europe had suffered with a similar drop in tonnage due to weather issues.

British Apples & Pears is set to officially launch its season on Monday 5 October, with in-store activity and a tie-in with celebrity chef Raymond Blanc.

Lockdown inflation falls back as grocers head for a price war