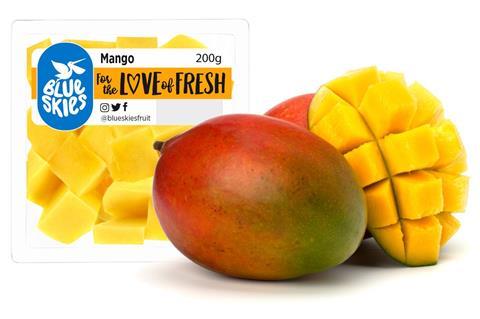 The business is usually reliant on air passenger planes to import fruit for UK and European supermarket own-label lines. But freight costs have doubled in some instances while production has been halted in countries where flights have stopped completely, such as Brazil.

However, the firm presented a positive outlook for fruit suppliers, with its expectation that consumer trends for health would continue in the wake of the pandemic.

It had been a “minute-by-minute juggling act”, said CEO Hugh Pile.

“It’s credit to everyone that we can lose a massive site like Brazil, which has amazing access to mango, and move that volume into other sites where they can get planes out,” he said.

He added that he expected flights and therefore production in Brazil to be back up and running in the “medium-term”.

In Belgium and The Netherlands, which have been in lockdown for a few weeks longer than the UK, volumes have returned to “similar levels” to February, according to global sales and marketing director, Mark Crawford.

“The big difference is lifestyles. People are not commuting, and trade has essentially stopped across 500-600 of our customers’ smaller city centre stores. Some of that trade’s moved out to commuter towns because people are working from home but still want those products for lunch. They’re popping to the local convenience store rather than the one close to their office.”