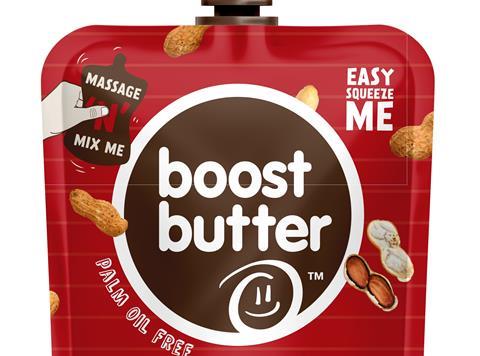 Protein snack startup Boostball has raised more than £225k after smashing its ­crowdfunding target, in order to secure cash to drive the launch of its second product.

The energy ball supplier is launching a range of protein-rich nut butter pouches and will use the cash injection to increase listings and invest in marketing.

More than 150% of the company’s original £150k funding target has been raised through the Crowdcube campaign, which offered potential investors 17.3% equity at a £1.1m valuation.

The Boostbutter range will be launched this month, delivering high-protein and palm oil-free pouches in 45g and 250g formats.

In recent weeks, Boostball has also confirmed its first US listings, as well as Costa Coffee and Starbucks, to join its list of stockists including WH Smith.

Boostball was launched by The Coconut Collaborative founder Steve Bessant and ­entrepreneur Dan Chambers in 2016.

The brand saw convenience and foodservice as a key market following its launch, but is looking to secure a major UK ­supermarket listing, Bessant said.