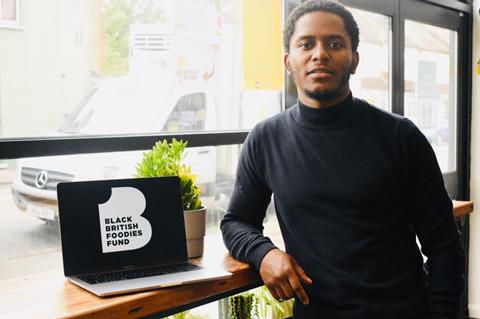 Caribbean catering business Juicy Jerk has launched a fundraising effort to set up an accelerator programme in support of black-owned food businesses.

The accelerator – called Black British Foodies Fund, or BBFF – will offer cash grants up to £1k, as well as mentoring, support and masterclasses.

Juicy Jerk has launched a £5k drive on Gofundme to set up the fund, which will open for applications in August.

So far, the business has raised almost £1k.

“There are definitely hurdles that are put in place that we have to deal with more than the average food business.”

He added: “I launched the BBFF because I wanted to empower diversity in the food industry.”

The money raised through Gofundme will be used to form the first cohort of businesses participating in the programme and cover the cash grants they need to thrive.

Furthermore, the BBFF will offer “vital learning”, including mentorship from established professionals in the industry, pro bono legal advice and masterclasses such as business modeling, financial planning, and branding and social media.

Applications will open in August, with Juicy Jerk looking for businesses who “have a clear idea of where the funds will be spent” and “what they look for in terms of growth services”.