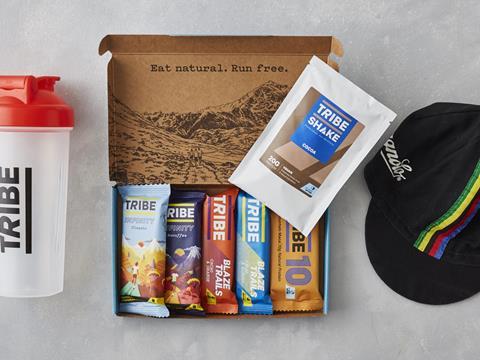 Ambitious startup Tribe has smashed its £1m crowdfunding target in days as it bids to build Europe’s biggest sports nutrition brand by 2025.

The energy bar and recovery shake supplier, which trades as Everyday Adventures, passed its £1m fundraising target in little over three days and is currently overfunding, having raised almost £1.3m at press.

The Crowdcube campaign, initially for 19% of total equity, values the supplier at £5.5m and has attracted more than 1,200 individual investors.

Its founders have targeted becoming the fast-growing sector’s biggest European player, but also have eyes on an exit after Associated British Foods snapped up rivals High5 and Reflex last month and Lion Capital bought Grenade in March.

“Our view is that Tribe would be an attractive proposition for either an IPO or investment from a trade purchaser or private equity,” said co-founder Guy Hacking. “Whilst this is not a near-term focus, it is valuable to see that this is an option to fuel future growth and reward early investors.”

Tribe generates the majority of its revenues through a subscription-based model, but plans to build its retail presence.

It forecasts sales will continue to be dominated by online subscription and one-off e-commerce, but has targeted £1.6m of net retail sales by 2019, firstly through speciality and independent retailers such as Whole Foods Market and Evans Cycles, and building to supermarket listings in 2018/19.

In its last full financial year to 31 December 2016, Everyday Adventures posted total revenues of £263.7k and generated £120k of sales in the first quarter of 2017.

The founders plan to grow sales through the rest of the year to hit £1.2m of turnover in 2017 and continue this growth trajectory to reach over £6m of sales in 2018.

The business generated a pre-tax loss of £492k last year and projects that loss to increase to £886k - largely driven by marketing spend - in the current financial year before posting its first annual profit of £235k in 2018.

Tribe told crowdfunding investors it had seen 20% month-on-month growth since launch and more than 25,000 people have bought its products to date. The funds will be used to support its £1.5m digital-focused marketing budget and to grow its team to improve digital and retail penetration and online customer experience.

The company said its growth plans were supported by its capital-light business model which uses outsourced UK-based manufacturing and order fulfilment partners.

Tribe will launch a natural hydration range in the next three months to add to its energy bars, trail mixes, recovery shakes and mineral boosters.