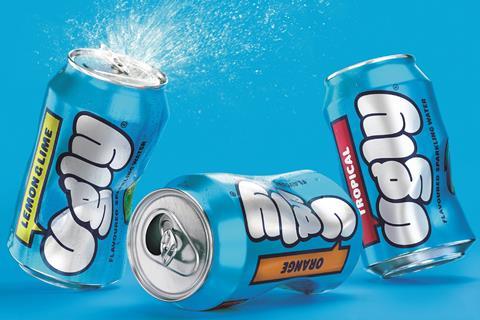 Ugly Drinks has closed a “multimillion-dollar” financing round to target further global expansion and product innovation.

Investors in the fruit-infused sparkling water maker include existing investor Pentland Ventures and BrewDog founder Martin Dickie’s Steadman Partners, among others. No further financial terms of the deal were disclosed.

The British-founded brand plans to use the funds for further expansion in Europe and the US as well as NPD and investment in sales and marketing.

“This is a really significant fundraise for us and will be instrumental in taking the business to the next level,” said CEO and co-founder Hugh Thomas.

“The investment will not only help us to establish ourselves further in more competitive markets like the US, but strategically build our presence in Europe.”

Funded in 2016 by former Vita Coco brand managers Thomas and Joe Benn, Ugly has now hit the 5m can milestone in the UK after adding 5k stockists this year, including Sainsbury’s and Tesco.

A year ago, it launched in the US where it is “growing at a pace” having just unveiled a caffeine-infused energy drink named ‘Energized’ as a DTC product available through its website.

There are currently no plans to roll-out Energized in the UK, a company spokeswoman said.

“Ugly are innovating based on consumer feedback from their DTC platform,” she added.“As a healthier beverage platform, they are looking at multiple categories that suit consumers and retailers in each market.”