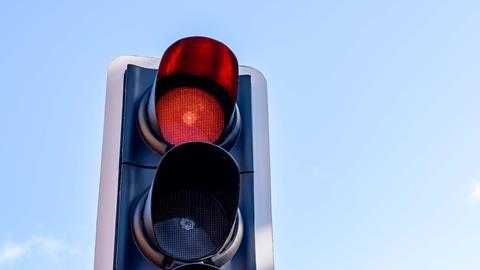 Does Brexit mark the end of the road for front-of-pack traffic light health labelling?

The government is reviewing the traffic light labelling system amid concerns over its efficacy. So could it face the chop? And what will replace it – an EU import or ‘nuclear option’ from further afield?

Taking back control of the UK’s nutritional labelling system was likely not, for most voters, a deciding factor when it came to the Brexit referendum. It certainly wasn’t one of the key issues that made an appearance on the side of Boris Johnson’s infamous campaign bus.

However, government documents did cite freedom on labelling as a benefit of the UK’s departure. So now we are out – trade negotiations aside – debate is raging over whether it should also mean au revoir to the UK’s existing traffic lights system, established in line with EU regulations.

Launched in 2013, the system has been marred by slow supplier uptake and limited government support. There are also concerns that too many consumers are confused by the system for it to have the desired effect: to nudge shoppers towards a healthy diet.

Now the government has launched a consultation on whether to ditch the traffic light system in favour of options used elsewhere, including an EU import hailed for its simplicity, or a so-called “nuclear option” from Chile, mooted as one step towards cigarette-style warnings on food, but hailed for its proven effectiveness. Either way, the end of the road looks nigh for the UK’s established food labelling system.

This sudden momentum is, of course, not all down to Brexit. It’s also part of Johnson’s u-turn on health, with a strategy document hurried through last month amid concerns over the link between obesity and the severity of Covid-19. It unveiled a proposed crackdown on HFSS promotions and advertising, as well as a review of the nutritional labelling system.

The Department of Health swiftly launched a consultation on those recommendations, which will run until the end of October, alongside independent research on the issue. The consultation argues a review of the traffic light system is overdue. Not only have seven years passed since it was introduced, but shopping habits have changed dramatically in that time.

Most notably, there has been a shift towards online, which has gained serious ground since the coronavirus outbreak. As major supermarkets report online grocery sales doubling, it raises questions over the suitability of complicated front-of-pack labels like traffic lights.

The review also reflects longer-standing concerns. EU regulations on front-of-pack labelling – in particular the Food Information to Consumers Regulation that came into effect in December 2016 – have been a consistent source of frustration. In fact, a review was first promised by Theresa May after the Brexit vote, when she was the PM trying to tackle the two seemingly unrelated issues of obesity and Brexit.

One key criticism of EU rules was that its terminology, such as the ‘reference intakes’ used on traffic lights, didn’t mean anything to the average shopper. That’s if they bothered reading the information at all. Back in 2016, Kantar did research for the now-doomed Public Health England that found 20% of shoppers never looked at front-of-pack nutritional labelling.

IGD drew similar conclusions in its own research on the effectiveness of traffic lights in 2015. “When we first looked at traffic lights there was very little evidence people were using them to make healthier shopping decisions,” says Hannah Pearse, head of nutrition at IGD.

Although there has been some improvement since then, there remain crucial stumbling blocks. Shoppers still struggle to understand the difference between terms like kilojoules and kilocalories, recommended portion sizes and, of course, the dreaded ‘reference intake’ term.

“When we last revisited this with consumers in late 2019 we found understanding on calories intake had improved slightly, from 75% in 2018 to 79% in 2019,” says Pearse. “However, they completely lack understanding of reference intake.”

“In fact, IGD’s data shows nearly 60% of shoppers do not understand the term,” she says. Many argue that makes traffic lights, which have made their way onto more than two thirds of products after overcoming initial resistance from suppliers, fatally flawed.

It makes a pretty compelling case for switching things up. Still, that wouldn’t necessarily be a walk in the park. “If we were to change to another system, we would need a lot of educating about how consumers should use that,” stresses Pearse.

Some believe this is where the traffic light system fell down. Ministers wanted to avoid nannying consumers with an overload of information when the system was introduced. But critics believe this was lily-livered. They believe a lack of government information instead left shoppers confused and apathetic.

How UK shoppers have responded to nutritional labelling 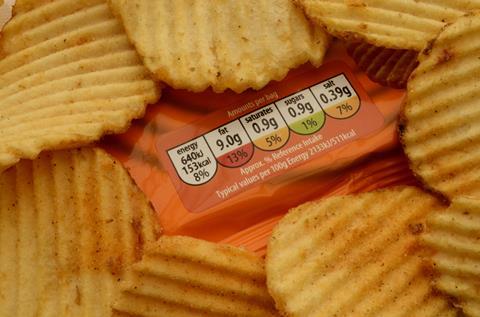 79% of shoppers claim to understand calorie information on front of pack. That’s up from 76% a year earlier

45% of shoppers say they understand what the term ‘reference intake’ means. There is no evidence of that figure improving

On the flipside, others believe alternative nutritional labelling models would be more easily understandable, with or without education. The Department of Health consultation has highlighted two suggested approaches for the UK now that it is free of EU restrictions on front-of-pack labelling.

It is deliciously ironic that one of these models is currently being considered for mandatory take-up across the EU. The Nutri-Score label was given the official stamp of government recognition in France in 2017 and has since been adopted in Belgium, Spain and the Netherlands, with Portugal on the cusp.

In essence, the labels convert the nutritional value of a product into one of five letters and corresponding colours that denote its healthiness. Given that the system clearly flags up healthy products – as well as unhealthier ones – it has strong backing from several major food companies. In April, the likes of Nestlé and Danone joined a major campaign to enforce Nutri-Score nutrition labelling across the EU.

“Danone supports Nutri-Score because we believe it conveys a holistic approach to nutritional quality, it’s consumer-centric and strongly grounded in science and consumer research,” claims Claire Mac Evilly, head of nutrition policy at Danone. “We will be raising this with the government as part of their consultation as we believe consumers would benefit if the Nutri-Score system was introduced in the UK.”

“Helping people to make informed decisions about what to eat and drink is one of the most important things that can be done to help tackle obesity and poor nutrition,” she adds. “Nutrition labelling is a key part of this.”

Nutri-Score has also provoked a major rethink from health campaigners. Take the National Obesity Forum. Two years ago, it was leading calls for traffic lights to be made mandatory in the UK, but chairman Tam Fry now argues traffic lights have “had their day”.

“Nutri-Score takes the traffic lights system a logical stage further,” he says. “Too much of traffic lights is about red lights and telling people what they shouldn’t eat, whereas Nutri-Score points consumers in a positive direction.

“It is very basic and doesn’t actually have the names of specific nutrients,” Fry says. But for him, that’s not necessarily a bad thing: “I believe Nutri-Score knocks the traffic lights system into a cocked hat.”

“If we were to change to another system, we would need a lot of educating about how consumers should use that”

The simplicity of the system does seem to be resonating with shoppers. A survey of 300,000 customers conducted by French supermarket E.Leclerc found that Nutri-Score nutritional information clearly led consumers to buy healthier products than they would have done without labelling.

That same study found that the effect on food choices was stronger among consumers from lower socio-economic backgrounds and those under 30 years of age. Purchasing data and consumer insights from both of these groups demonstrated that the Nutri-Score label encouraged healthier food choices, it says.

There are questions over whether the UK government will embrace a system whose chief fan is President Macron. But the key concern over France’s approach is that Nutri-Score is voluntary. In fact, take-up is far lower than in the UK, with only 20% of the products in the French market adopting the label.

Indeed, many campaign groups felt the word ‘mandatory’ was missing from Johnson’s obesity plans. Which suggests there may be support for the tougher, mandatory system also suggested as an alternative.

The warning labels system pioneered in Chile in effect mimics a stop sign. It simply uses the words “high in calories”, “high in sodium”, “high in saturated fat” and “high in sugar” to indicate HFSS products. That clear message has been credited as one of the reasons behind a 20% reduction in obesity levels in the country over the past two years.

Such an approach is the nightmare scenario for the industry, of course. “This is a step on the path to cigarette-style health warnings,” says Kate Halliwell, head of UK diet and health policy at the FDF. “We really hope that whatever system the government uses it is not one which demonises food.”

It’s hard to say which way the government will go. This is the government that, three weeks after launching the obesity strategy, abolished the main enforcing body, PHE. So whatever direction of travel Johnson decides to take, it is likely to be anything other than predictable. 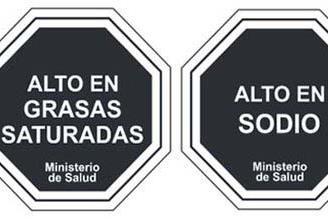 How it works: Chile was the first government to introduce mandatory warning labels on prepackaged foods which exceed certain thresholds for calories, sugars, saturated fats and salt, in 2016. One product can carry all four ‘high in’ signs.

Consumer response: The DH cites evidence showing 40% of consumers in Chile say they use the label to inform their choices. And they are credited with driving down obesity levels in the country by 20%. 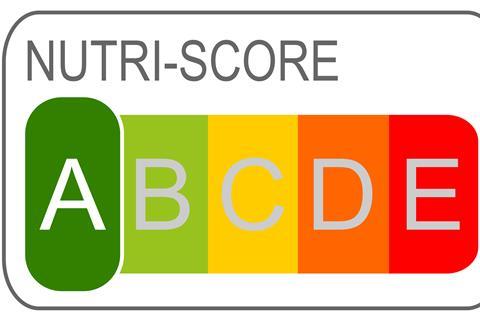 How it works: Food is graded by letter, according to its overall nutritional quality. Calories, saturated fat, sugars and sodium are all given negative points, which are subtracted from the positive points gained through fruits, vegetables, nuts, fibres and proteins to give the final score.

Consumer response: The DH consultation cites evidence to suggest Nutri-Score is twice as effective as traffic lights in improving the healthiness of shopping baskets. 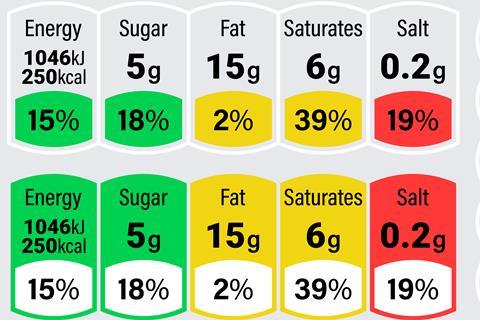 How it works: Traffic light colours indicate the presence of sugar, fat and salt through red, amber and green colours, thresholds for which are set by the government. In accordance with EU regulation, energy is also declared as kJ/kcal per 100g or 100ml and labels include reference intakes.

Consumer response: A 2016 Kantar survey showed 69% of shoppers agreed traffic lights were useful in helping them choose a healthier diet. Evidence suggests understanding of the system has grown since then.