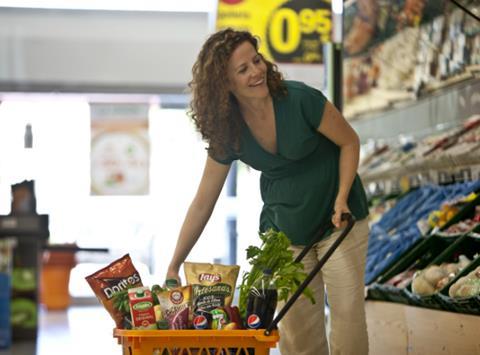 UK food and drink manufacturers have slashed the amount of sugar in the average shopping basket by 12.1% over the past five years, according to a new FDF report.

“Food and drink manufacturers have for many years been active participants in the fight against obesity. We will be for many years to come. It cannot be solved without us; though we cannot solve it alone,” added FDF director general Ian Wright.

“The pace of this work is accelerating. It can be seen on every supermarket shelf whether by way of reformulation - changing the recipes of products - or in changing to more appropriate portion sizes. Marketing mix is also important as consumers are encouraged to consider healthier choices and innovation to increase the range of options available.”

Soft drink companies have made particularly good progress, reducing the amount of sugar in their products by 19% since 2013, revealed the report, which highlighted examples of reformulation and NPD from Coca-Cola, Lucozade Ribena Suntory, PepsiCo and Britvic.

Food manufacturers have also made good progress on sugar, it said, with Premier Foods removing around 50 tonnes of sugar from the UK diet by reducing sugar in Mr Kipling Viennese Whirls by 6%, while General Mills has slashed sugar in Petit Filous by 17%.

Other examples of industry moves “to support people in making healthier choices” include Nestlé UK and Ireland’s removal of more than 60 billion calories from products since 2015, and KP Snacks’ introduction of 23 packs containing less than 100 calories per portion across its portfolio.

“At a time when one in three children is leaving primary school overweight or obese, industry’s groundbreaking work to tackle this issue is more important than ever,” said Kate Halliwell, FDF head of UK diet and health policy.

“Through continued collaboration with governments across the UK and other industry stakeholders, we are committed to being part of the solution and to improving the nation’s diet.”