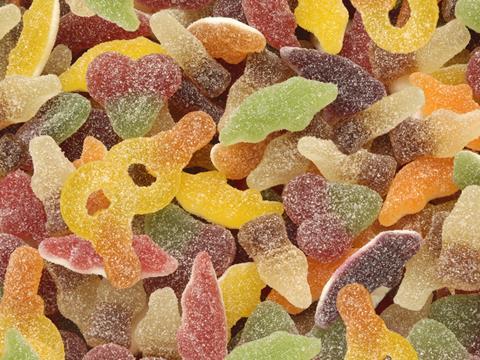 Campaigners have accused suppliers of using discounted sharing bags to get round the government’s clampdown on sugar - and have called for a complete ban on all confectionery price promotions.

The call by Action on Sugar (AOS) came after it released a new survey showing some sharing bags contained as much as 29 teaspoons of sugar, or four times an adult’s maximum daily intake.

AOS said that during the time of its research (17 December-18 January) Tesco, Asda, Sainsbury’s, Morrisons, Co-op and Waitrose were all offering price promotions on some sharing bags. Some bags came in at as little as £1 each, which AOS said made them comparatively better value for money than smaller packs.

A recent poll in The Grocer revealed that more than one in five adults (22.1%) ate sharing bags alone, in one go.

The sharing bag with the highest amount of sugar per pack was Brookside Dark Chocolate Pomegranate 198g, which contained 29 teaspoons, and almost 1,000 calories.

Last March, Public Health England set targets for single-serve confectionery products such as chocolate bars to reduce sugar by 20% by 2020.

Under voluntary cap, the calories in a chocolate bar should be under 200kcal, based on a sales-weighted average across a company’s products.

Although PHE is allowing a maximum of 250kcal to remain, the same as the existing self-imposed limit already in place from manufacturers.

AOS said the results on sharing bags made a mockery of the voluntary targets, with sharing bags containing up to five times the maximum amount of calories suggested under the cap.

“It is shocking that food companies are being allowed to exploit consumers, by manipulating them into purchasing larger size bags of chocolate confectionery on the cheap,” said chairman Professor Graham MacGregor.

“Theresa May is letting companies get away with this despite pledging to help the socially deprived when she first became the prime minister. Companies must be held accountable and reminded to reconsider their ethical and corporate responsibility.”