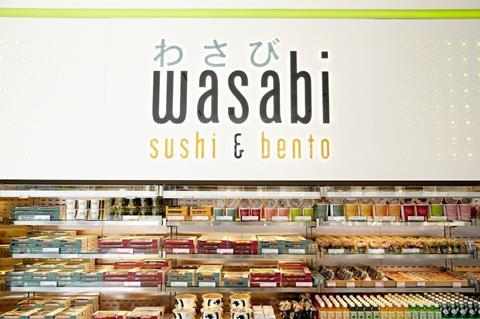 Wasabi products in Sainsbury’s stores have seen a 96% surge in value sales to £14.7m

Wasabi has recruited its first grocery MD following the popularity of its ready meals range in Sainsbury’s stores.

Kate Lucas joined the Japanese sushi and bento brand earlier this month and has been tasked with leading and expanding Wasabi’s grocery retail team.

Her appointment comes as Wasabi products in Sainsbury’s stores have seen a 96% surge in value sales to £14.7m year on year since they were added in 2019.

She brings a range of commercial and managerial experience across brands such as Gü Puds, Kind Snacks and Plenish. Lucas spent over a decade at Gü Puds, working her way up from commercial manager to head of product development and general director for its French division, followed by three years as MD for Kind Snacks. Her most recent role was chief commercial officer at Plenish, where she spent just over a year.

Wasabi said Lucas had a strong track record of “building great brands across the grocery market”.

“It’s no secret that 2020 and the beginning of 2021 has been challenging for hospitality but what’s been really positive has been seeing how well our 13-SKU home bento range has been doing at Sainsbury’s, as consumers seek out restaurant-quality meals at home,” said Henry Birts, CEO of Wasabi Sushi & Bento.

“We believe there are huge opportunities to scale our home bento range and to build the Wasabi brand further through the retail channel. Not every town and city in the UK has a Wasabi restaurant (yet), but we’re nonetheless seeing strong sales in places where our name is becoming synonymous with quality chilled supermarket meals rather than high street outlets.

“We’re looking to the future with confidence and Kate’s appointment is a sign of our intentions to invest seriously behind the grocery channel and become a major player in the market.”