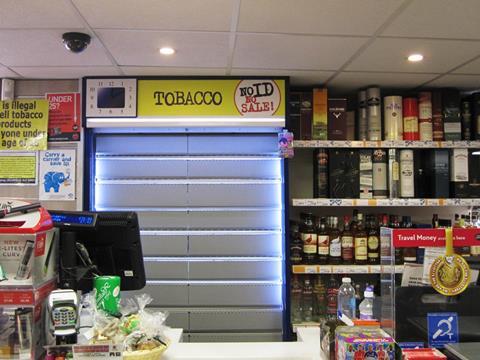 Sir: We are heartened 95% of retailers are now only selling tobacco in the new standard packs (‘Unsold packs weigh heavy on indies as tobacco laws hit,’ 3 June, p4).

In the short term the new 20- cigarette minimum pack size seems to be changing adult behaviour, with retailers reporting that 13% are choosing not to purchase. This need not be bad news for retailers. A recent ASH report found tobacco makes up less than 8.5% of weekly profit, four out of five transactions don’t involve tobacco, and profit margins on non-tobacco products are much higher. If customers don’t smoke they have more money to spend on products better for their health and for the retailer’s bottom line.

Sir: As a tea company that works with thousands of farmers in Sri Lanka, I read your article ‘Can Sainsbury’s standard prove fairer than Fairtrade?’ (3 June, p14) with interest. While Fairtrade is an undeniably vital initiative, it’s not the be all and end all in sustainable sourcing.

Any initiative encouraging brands to build better relationships with suppliers - in terms of committing to long-term contracts, and providing knowhow, training and market intelligence - is to be applauded. Because ultimately, true sustainable development in tea is about so much more than a minimum price: it’s about a holistic, long-term approach. Doing this is significantly better for the producers, who can increase earnings and plan better, and better for manufacturers and brands that gain access to the increasingly high-quality produce consumers want. It’s about win-win situations rather than plain-old CSR for the sake of CSR.

Sir: When every pound spent has to deliver, over half of fmcg organisations fail to measure the impact of their training investment and less than one in 14 measure the commercial or wider business results.

More often than not individual elements of the training are generic, delivered in silo activities, and not co-ordinated. If suppliers fail to create a plan to embed and leverage target skills, including a process for measuring improved competence and return on investment, development will only be considered a cost rather than an investment.