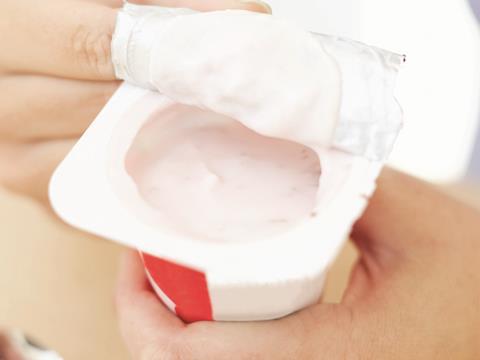 Sir: I would like to concur with Azhar Zouq’s assertion (Feedback, 25 April, p27) that yoghurt growth must come from expanding usage occasions beyond a sweet treat. If you travel to the cradle of where yoghurt originated in the Middle East and Central Asia, it is usually consumed as a savoury meal accompaniment.

Labneh (Lebanese-style yoghurt) has been a staple throughout the Middle East region for thousands of years and is traditionally consumed as a dip or a spread, similar to hummus. The thick creamy texture and savoury taste lend themselves perfectly towards different meal and usage occasions.

Sir: I read Andy Oldham’s ‘The beginning of the end for loyalty?’ (Third Party, 2 May, p22) with interest, in particular his point about the possibility that retailers may follow Starbucks’ lead, turning to smartphone loyalty schemes. However, a recent survey we commissioned through One Poll found that, in fact, 75% of adults surveyed would reject a mobile loyalty app in favour of a physical loyalty card.

This is particularly the case among the over-55s but is also reflected among 18 to 25s, with only 25% interested in having a mobile app for a loyalty scheme.

Instead of moving to digital only loyalty platforms, retailers should carefully consider how they can use new digital technology to boost their existing loyalty card scheme. For example, Boots has launched an app that allows users to check their points balance and delivers offers targeted specifically for them, while still requiring points to be collected by card.

Voting for the Co-op Party

Sir: Your article on the outcome of the Co-op Group agm (‘Co-op members back Fairtrade and member directors at historic agm,’ thegrocer.co,18 May) may have left some readers a little unclear on the political funding discussions. The motion for the group’s continued membership subscription - not a donation - to the Co-operative Party was passed with 55% of the vote. While members remain sceptical of the value of one-off political donations, they remain supportive of the relationship between Party and Group.