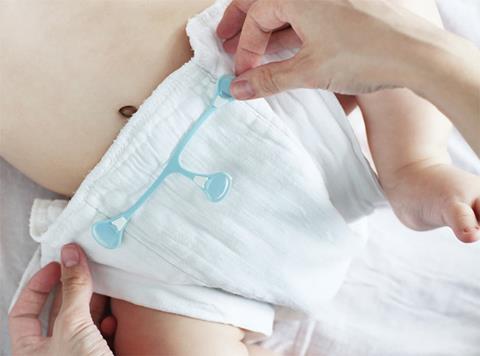 Asda has been rebuked by the ads watchdog in the latest advertising squabble over nappies between a major retailer and Procter & Gamble.

The Advertising Standards Authority upheld a complaint by P&G that Asda made misleading assertions about the performance of its Little Angels range. A web page for Little Angels Comfort Dry included the claim “as absorbent as the leading brand” – which P&G believed to be a comparison with Pampers – while another page stated Little Angels Supreme Protection was the retailer’s “most absorbent nappy ever”.

Asda countered P&G’s objection by saying Comfort Dry could soak up and retain at least as much liquid as Pampers Baby Dry. Tests known as centrifuge retention capacity (CRC) tests had been carried out by an accredited independent laboratory used widely in the hygiene products industry. They showed Comfort Dry outperformed Baby Dry in all size variations by being able to absorb the most total liquid.

The supermarket also said the online assertion about its Supreme Protection range meant it could soak up and retain more liquid than other Asda own-brand nappies – and this had been proven by in-house CRC trials.

The ASA found in favour of P&G, saying consumers would assume claims about Comfort Dry related to the amount of liquid absorbed during normal usage – taking into taking into account factors including the speed at which the nappy was able to perform and how the liquid was distributed – rather than just the total amount that could be soaked up. “As absorbent as the leading brand” had not been substantiated and was therefore misrepresentative.

The first of the two disputed web pages was also was in breach of advertising rules concerning comparisons with identifiable competitors, the ASA decided. While Pampers was not explicitly named, viewers would readily identify it as the “leading brand”. The qualification “proven to be as absorbent as the leading baby dry nappy in independent laboratory tests – 2015” had been omitted in error, and the text “for verification write to Asda LS11 5AD” was later added – but information about how the comparison could be obtained was not included at the time the page was seen by P&G.

With regard to the Supreme Protection claim on the other page, the ads adjudicator said there was no evidence to demonstrate the nappies were Asda’s most absorbent. The CRC test alone did not sufficiently investigate factors that consumers would expect to be taken into account in relation to claims for absorbency. The claim was misleading because it had not been validated.

Asda was not to run either web page in its original form, the ASA ruled.

The retailer said it is was disappointed with the outcome of the investigation. “We could continue to provide independent evidence to support our statements… but we’ve decided to respect the ASA’s decision and focus on the important job of keeping little bottoms dry rather than getting our knickers in a twist,” said a spokeswoman.

Earlier this year, P&G made the surprise move of airing a commercial in which it claimed Pampers was “up to two times drier” than Aldi’s Mamia own-label range. This prompted the discounter to respond with the announcement that “Mamia nappies beat Pampers three years running at the Mother & Baby Awards”, referring to its gold gongs for best disposable nappy brand.