Cadbury to revive ‘How do you eat yours?’ for £4m Creme Egg push 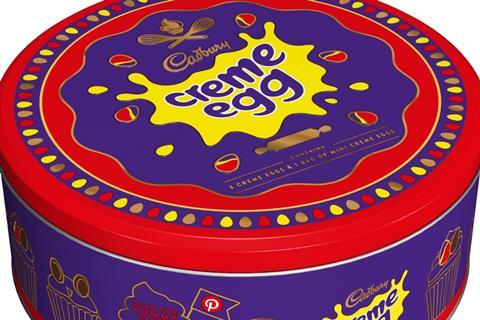 In early 2020, Crème Egg will appear in a tin format for the first time

Mondelez is preparing to bring back the ‘How do you eat yours?’ strapline for Cadbury Creme Egg, as part of a £4m push.

Kicking off in January, a Netflix-style website will offer short films about Creme Egg – the UK’s bestselling Easter chocolate brand. It will also feature the ‘How do you eat yours?’ tag that made its debut in 1990 and appeared in TV ads until the mid-2000s.

Backed by in-store activation and OOH activity, the digital campaign will also run a contest. Shoppers will be invited to share a photo of themselves with a Creme Egg, with the chance to win up to £10,000 or entertainment vouchers.

Also in early 2020, Creme Egg will appear in a tin format for the first time – containing eight regular Creme Eggs and one bag of Creme Egg Mini Filled (rsp: £5/409g). It will be joined by a Cadbury Mini Eggs tin featuring 10 bags of Mini Eggs (rsp: £5/319g).

Both tins will sport digitally interactive graphics that drive shoppers online to home-baking recipes for family occasions. Their launch would “build on the popularity of tins during the Christmas period” said Mondelez. “The Christmas tins category is worth £10.3m and growing at 40% year on year.”

Easter 2020 will also mark the introduction of a larger Cadbury Darkmilk egg (rsp: £8.15/265g), as well as the return of the Cadbury Oreo egg countline.

Confectionery went “hand in hand” with Easter, said Delia Lendais-Metral, brand manager for Easter at Mondelez. “When asked to name the confectionery supplier they most associated with the season, 75% of shoppers named Cadbury without prompting – a higher number than any other brand.”