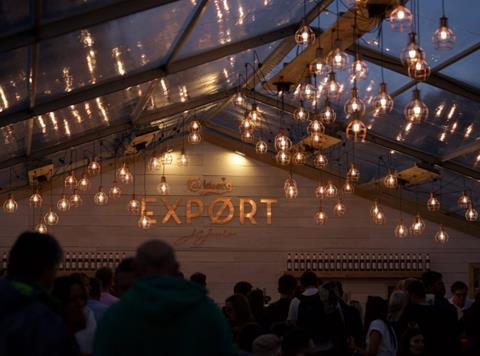 Carlsberg is extending its ‘The Danish Way’ push with ‘Danish Quarter’ activations at UK music festivals.

It was designed to “amplify all the fantastic activity we’ve been implementing both in the on and off-trade as part of our The Danish Way campaign”, said Carlsberg UK marketing vice president Liam Newton. “As we continue to focus our efforts on connecting with millennial drinkers, we see this as another interactive and engaging key brand touch point in line with broader strategy.”

It comes as the brand, whose sales fell by £67.6m (24.4%) to £209.1m over the past year, has mounted a £15m push designed to “revitalise” its UK performance [Nielsen 52 w/e 22 April 2017]. The push includes a TV ad featuring Danish movie star Mads Mikkelsen playing a philosopher who “ponders the secrets to his nation’s happiness”.