Dairylea back on TV for Feeds the Fun campaign 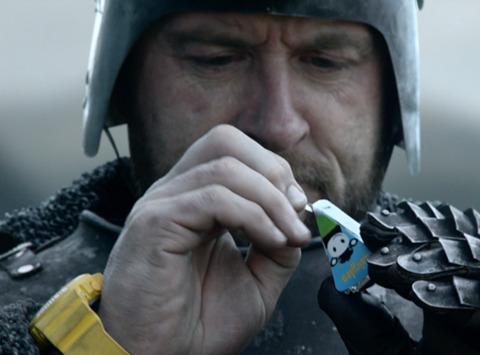 Dairylea has returned to television for the first time in three years as part of a £1.2m marketing campaign that launched today (4 April) to highlight how the Mondelez brand ‘Feeds the Fun’ of children’s playtime

Featuring Dunkers and Triangles, the ad, which will air for four weeks, opens with two medieval knights on horseback, travelling across a wild landscape. They abruptly come to a stop for a Dairylea snack before continuing on their way - and then the scene suddenly changes to two nine-year-old boys on bikes playing make-believe.

Created by advertising agency BMB, the campaign has been designed to drive awareness of the snacking cheese category during the post-Easter ‘back to school’ period.

“Dairylea has long been part of the nation’s childhood, so with this campaign we really wanted to celebrate the carefree spirit of childhood and imaginative play,” said senior brand manager Philip Warfield. “The advert brings this to life as we go on a journey with two boys in their own imaginary world; something we think all parents can relate to.”