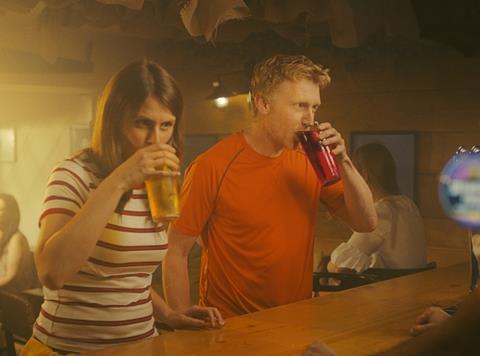 The ad, which features comedian Ellie Taylor and adventurer-cum-author Alastair Humphreys exploring the countryside around the brand’s Herefordshire base, premieres tomorrow on Channel 4 and ITV. It will centre on the fact that all the apples used to make the cider are sourced from within a 50-mile radius.

This will be followed by a 10-week campaign including further channels such as Sky Media and BT Sport, backed by “high-profile sponsorships”, consumer PR, on-trade and in-store marketing, blogger activation and social media activity. “We know our consumers value premium, local ingredients and provenance, and are actively seeking out experiences over material things,” said Stowford Press brand manager Holly Chadwick.

It comes as Stowford Press is set to launch Stowford Mixed Berries - which features in the ad alongside Stowford Press Apple - into the off-trade over the coming year. It has so far only been available in the on-trade.

“Stowford Press Mixed Berries has had a rapturous reception from the trade and consumers alike,” said Chadwick. “This new campaign will highlight the quality of our cider and will bring the Stowford Press brand to even more people’s attention.”