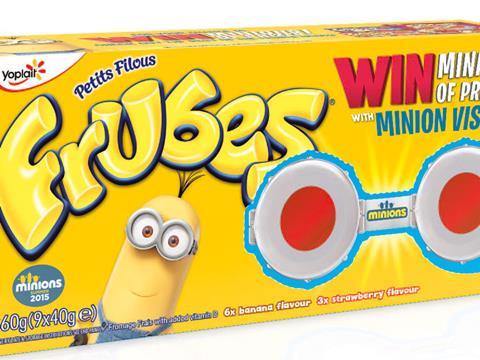 Yoplait’s Petits Filous Frubes fromage frais brand has launched a limited-edition banana flavour and its biggest on-pack promotion as part of a tie-in with Minions.

The partnership follows similar deals with brands including Capri-Sun, Green Giant and Haribo to mark the release in June of the Minions movie - part of the hit animation franchise Despicable Me.

The Frubes promotion will offer thousands of prizes, including Minion Vision Goggles and tickets to the premiere.

The new banana flavour variant will be available from all the major mults from the end of May to September (rsp: £2.15/360g). The launch will be supported by a £500,000 campaign.