Revealed: The booziest Bond and what it means for the spirits market 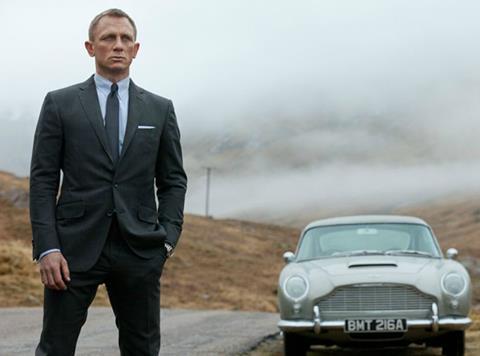 Quiet moments are rare here at The Grocer. But when they do occur we put them to good use and ponder the most pressing questions of the day: should Greece remain in the euro? What does Jeremy Corbyn’s election as Labour leader mean for Britain? Just who was the booziest James Bond?

The latter debate has been rumbling since Belvedere announced yesterday that it’s linked up with forthcoming Bond film Spectre to promote its posh vodka. Well, it ends here. The Grocer can exclusively reveal that Daniel Craig is by far the booziest Bond the world has ever seen, having knocked back an average of 20 units of alcohol per film since his debut in 2006’s Casino Royale. 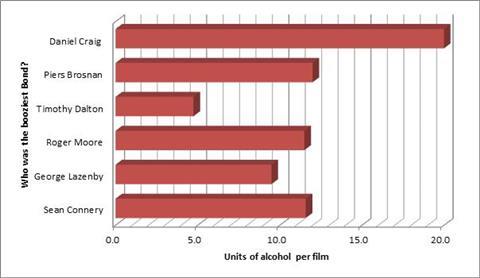 This matters, for a number of reasons. Bond is the most powerful film franchise on the planet. The previous instalment of 007, Skyfall, was the highest-grossing British film, ever. A partnership with 007 can pay big for brands, as booze brands as diverse as Bollinger, Jim Beam, Red Stripe and Heineken will attest. Belvedere’s decision to jump into bed with Bond is a landmark moment for the brand.

It could also have a wider impact on British drinking. As we reveal in this week’s Focus On… Spirits, Brits have knocked back a million extra litres of gin in their own homes in the past year, making it fastest-growing sector in the rapidly premiumising UK spirits market. This is the latest of several consecutive years of growth for the stuff. Gin is in renaissance.

And it’s no coincidence that gin’s revival began around about the time Craig first came bounding out of the sea in those too-tight trolleys in Casino Royale. In that film Bond did away with his usual Vodka Martini and knocked back three Vesper Martinis (gin, vodka, vermouth) instead. In the following Quantam of Solace he chewed through another six. Craig helped make gin cool again.

With Bond on the Belvedere in Spectre, it looks like voddy is next for the big revival.