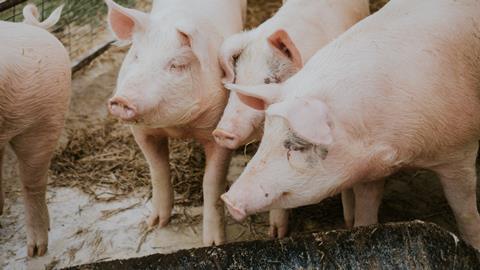 Pilgrim’s Pride described its shock £290m acquisition of Tulip from Danish Crown last week as “the logical next step” in its expansion into Europe.

Coming after it bought Moy Park in 2017, the deal certainly cements the JBS-owned US poultry giant as a major player in the UK meat sector. The two processors boast a combined turnover of £2.5bn.

So what does the deal mean for Tulip, its rivals and the UK pig sector? And what are Pilgrim’s plans for the business?

After a punishing few years, Tulip plunged to a pre-tax loss of £85m last year after low pork prices and writedowns hit turnaround attempts. “It’s suffered from poor service levels and contract losses in recent years, with a series of management teams unable to turn things around,” says a City source.

However, it made a tentative recovery in 2019, having won a Co-op bacon listing in June and launched multimillion-pound investments at its Ruskington and Redruth factories.

Having undergone job cuts and factory closures as part of Danish Crown’s cost-cutting initiative, the sale to Pilgrim’s now gives the company the chance to rebuild “and finally take a long-term view for the business”, the City source suggests.

The sale is also “a good thing for the industry”, says National Pig Association CEO Zoe Davies. “Everyone knew Danish Crown was desperate to ditch Tulip, so there was a real danger it could have been broken up and sold off,” she says.

Given Tulip’s status as the UK’s largest pig farmer, that would have sent shockwaves throughout the sector.

It’s also positive the business was “bought by a multinational that hasn’t been deterred by the Brexit mess,” Davies adds.

One Tulip customer, who welcomes the fact the deal “brings more certainty to the business and the wider pork sector”, agrees Pilgrim’s has made a vote of confidence in the “long-term future of the sector”.

Opinion: Pilgrim’s Pride move for Tulip shows US has UK meat sector in its sights

However, apart from a pledge to retain the company’s existing management team - led by CEO Andrew Cracknell - and to continue sourcing Danish pork from Danish Crown through a “long-term supply agreement”, details on Pilgrim’s ambitions are thin on the ground. And Davies questions just how long that supply deal with Danish Crown will last, especially in the event of a no-deal Brexit.

While Tulip buys the majority of the Danish pork that makes up a quarter of the UK market, if it faced difficulties from a no-deal, Pilgrim’s could be tempted to look at other avenues, she suggests. That could include ramping up UK production or even funnelling pork into the UK from the vast JBS empire in the US and Latin America, adds the City source.

With Pilgrim’s claiming the deal creates “one of the largest integrated prepared foods businesses in the UK”, it also wouldn’t be a surprise to see Moy Park and Tulip operate as a combined multi-protein entity in the UK, the source suggests.

Davies agrees, noting “such a joint offer for pigs and poultry would create a much more powerful business when dealing with retailers”.

That will no doubt make rivals Karro and Cranswick sit up and take notice. “Those two have had something of a clear run during Tulip’s difficulties,” says the City source, who points out Cranswick won a big M&S contract from Tulip in February.

“Just like the other two, Tulip is now also part of a wider multi-protein group,” he adds.

Integrating Tulip into the Pilgrim’s Pride business will take time, but with new owners and a fresh impetus, it looks set for a brighter future.