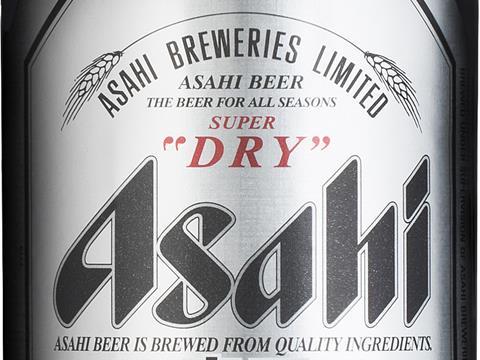 Japanese brewer Asahi has agreed a deal with AB InBev (ABI) to acquire Peroni, Grolsch and Meantime for €2.55bn (£2bn).

The group has been granted exclusivity for the three SABMiller (SAB) brands while it conducts an employee consultation process.

AB InBev announced in December it was offloading the businesses to pre-empt any European competition concerns which could hinder the £71bn takeover of SAB.

The sale to Asahi includes the Peroni, Grolsch and Meantime brand families and their associated businesses in the UK, Italy, the Netherlands and internationally, as well SAB’s sales and marketing office in France. The global rights to the three brands are also included, with the exception of the rights in the US for Peroni and Grolsch.

“Through this proposed acquisition, Asahi aims to expand its growth platform in Europe and become a global player with a distinct position, leveraging the distribution network of the target business to maximize synergies through increasing the presence of its flagship Asahi Super Dry brand,” the Japanese group said.

SAB CEO Alan Clark added: “SABMiller has grown Peroni and Grolsch into world-renowned premium brands, and we are confident that, along with fast-growing modern craft brewer Meantime, they will continue to thrive and develop. These beers will continue to be part of SABMiller and sold and managed by us until the change of control.”

The Asahi binding offer, if accepted by AB InBev following the employee consultation, is conditional on completion of the AB InBev acquisition of SAB, which is expected to get over the line in the second half of 2016.

AB InBev CEO Carlos Brito said: “We are pleased to have received this binding offer from Asahi on the Peroni, Grolsch and Meantime brands and businesses. They are iconic beer brands with longstanding heritage and leading positions in core markets.”

Asahi was first linked with a takeover of the brands in a Japanese newspaper article in early January. Other potential buyers mooted to be interested in Peroni and Grolsch included Heineken, Bulmer and Magners maker C&C Group, Chang owner Thai Beverage and US-based Molson Coors, which has already agreed to buy the 58% share of joint venture MillerCoors it doesn’t own for $12bn. Former Diageo boss Paul Walsh was also rumoured to be mulling a move for the brands in partnership with private equity firm TPG Capital.

Asahi Group is Japan’s second largest brewer and the world’s tenth largest, with a global market share in 2014 of 1.2% - far behind AB InBev (pre-takeover) on 20.8%, and SABMiller on 9.7% [Statista]. While Asahi’s operations are focused on Asian markets, its flagship beer Super Dry has benefited from increased visibility in the UK in recent years, and is now listed in all of the major supermarkets.

It has been seeking to diversify away from Asia to reduce its exposure to the declining Japanese beer market.