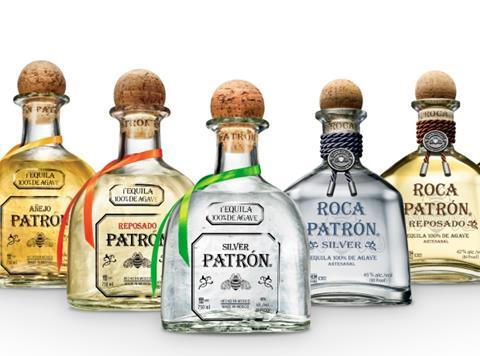 The move, which Bacardi said would make it “the number one spirits player in the super-premium segment in the US”, comes a decade after Bacardi’s initial acquisition of a minor stake in Patrón.

Bacardi was “the best and most logical steward to continue our pursuit of perfection” said Patrón president and CEO Edward Brown, adding the buyer “truly knows and appreciates our unique business”.

Brown, COO David Wilson and CMO Lee Applbaum will continue in their roles following the buyout. Patrón co-founder John Paul DeJoria will take up an ambassadorial role with Bacardi “in further advancing their combined dedication to philanthropic projects and environmental consciousness”.

The deal created “a tremendous opportunity for the brand ouside the United States” said Bacardi CEO Mahesh Madhavan. “Bacardi’s international distribution network will help grow Patrón around the world, increasing scale in the US and globally.”

Last year, the WSTA predicted big things for tequila in the UK due to its ongoing resurgance. It had reinvented itself as “a sophisticated and nuanced spirit rather than a cheap and tacky party shot that needs lemon and salt to make it digestible” said Mintel drinks analyst Jonny Forsyth at the time, crediting a change in tack from producers, led by Patrón, towards “high-quality tequila rather than the commodified, mass-scale tequila of the 1980s and 1990s”.

However, a tequila is yet to rank among the UK’s 50 biggest-selling spirits.