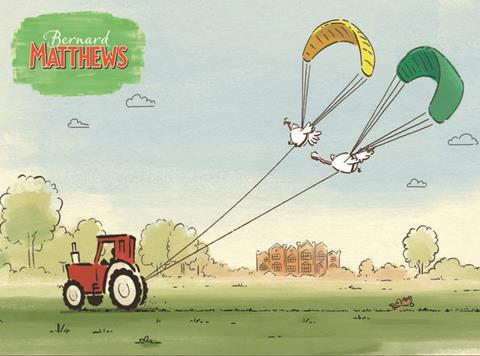 Struggling turkey giant Bernard Matthews has been acquired by the Boparan Private Office in a controversial pre-pack deal.

The transaction was confirmed this evening (20 September) in a statement from owner Ranjit Singh Boparan’s private investment vehicle, as well as adminstrators of Bernard Matthews from Deloitte.

The acquisition will safeguard 2,000 jobs, with all employees and agency staff all transferring across to the new owners, and the group will continue to trade as normal.

Daniel Butters, Richard Hawes and Paul Meadows of business advisory firm Deloitte were appointed as joint administrators to Bernard Matthews Ltd and certain subsidiary companies, with the business and assets of the group immediately sold via a pre-pack sale to the Boparan Private Office.

The deal means that Boparan, who own 2 Sisters Food Group, will take on the assets of Bernard Matthews but none of the liabilities, including the hefty pension liability which has been transferred to the government-backed Pension Protection Fund.

The arrangement was condemned yesterday by the chairman of the commons Work and Pensions Committee chairman Frank Field MP, who called for an urgent inquiry into the deal by regulators.

Boparan’s position in the turkey sector has been strengthened by the acquisition, following on from the poultry magnate’s first investment in turkey earlier this year with the purchase of Irish processor Grove Farm earlier.

“This acquisition will create a strong platform for future growth and ensures Bernard Matthews is well positioned to develop into a sustainable, growing business,” Boparan said.

“We intend to respect and build on the 66-year heritage of a much-loved British brand and crucially help to deliver Christmas 2016, which would have been at risk without our intervention. We have a proven track record in turning around businesses and we aim to make Bernard Matthews great again,” it added.

“This deal is ultimately good news for UK consumers and our customers, who will benefit from a secure supply of British turkey from one of the most recognisable brands in the UK.”

Dan Butters, partner in Deloitte’s restructuring services practice, added: “This famous 65-year old brand had been operating in a challenging market for some time, and today’s announcement is a positive outcome for the business and the brand. We are pleased that all the jobs have been preserved and the business can make a fresh start with new owners.”

PwC was appointed by Bernard Matthews’ private equity owner Rutland Partners to find a buyer for the business in June.

The iconic brand has failed to recover since a bird flu outbreak in 2007. Attacks by Jamie Oliver over its Turkey Twizzlers range and allegations of animal cruelty by staff added to the producer’s woes, with losses hitting lows of £20.4m in 2012/13.

Underlying operating losses at the iconic poultry supplier deepened to £2m and sales slumped another £30.1m to £276.7m in the year to 28 June 2015 as management fought to turn around the business.

Bernard Matthews CEO Rob Burnett, who took the reins at the start of the 2014/15 financial year, told The Grocer in June 2015 that he expected the group would be back in the black in 2016.

Turnaround specialist Rutland, which counts Maplin and Pizza Hut in its stable, saved the turkey producer in 2013 with a £25m cash injection – the first outside investor in Bernard Matthews’ history.

Just 18 months later, the private equity house sought additional outside financing to fund the turnaround battle. However, the latest accounts showed Rutland pumped another £10m into the business in August 2015 after the search proved fruitless.

In July Bernard Matthews agreed to sell its German operations to poultry and pork producer Sprehe Gruppe to release cash for UK group. The proceeds from the sale reduced group debt, which stood at £77m at the year ended 28 June 2015, by €14m (£12m).