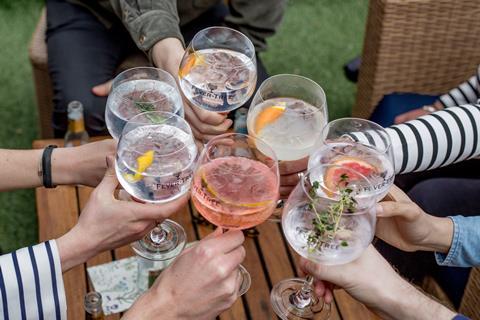 Global drinks mixer firm Fever-Tree has announced the acquisition of Global Drinks Partnership (GDO), the group’s sales agent in Germany, in a package worth €9.5m.

It said GDP is a well-established sales agent and importer of premium drinks, with a strong track record of growing premium brands in a complex, fragmented market.

The acquisition consolidates the strong partnership that Fever-Tree and GDP have developed over the last seven years in Germany, during which GDP has enabled Fever-Tree to establish a growing brand presence in the on-trade and a strong footprint across national and regional retailers in the Off-Trade.

Fever-Tree said the German market represents a “notable opportunity” for the group as one of the largest mixer markets in Europe and underpinned by emerging premiumisation trends evident in both the mixer and spirits categories.

Alongside Fever-Tree, GDP also distributes a portfolio of complementary premium beer and spirits brands, which generated €10 million of sales in 2019. This portfolio approach is highly suited to the size and outlet fragmentation of the German market, and the Group looks forward to continuing to work with these brands in the future.

The total consideration for the acquisition comprises €2.6m in cash, plus a €5m consolidation of historic balances owed to Fever-Tree by GDP at completion. Alongside this, Fever-Tree has agreed to fund the repayment of €1.9m of shareholder and other third-party loans owed by GDP.

Tim Warrillow, CEO of Fever-Tree commented; “The completion of the GDP acquisition is an important step as we execute our growth plans in Germany, providing us with an ideal platform to take advantage of the opportunity within the German market and accelerate our growth. I have worked closely with Morgan Zuill and his team at GDP since we first entered the German market and have been impressed with their approach and expertise in growing the Fever-Tree brand, so I am delighted that they are joining the Fever-Tree team.”

Meanwhile, The group posted a trading update ahead of reporting its interim results on 8 September.

It said it had seen a “solid start to the year”, but since then trading across its regions has been dominated by the impacts of COVID-19, leading to widespread closure of the on-trade alongside a consistently strong performance through its off-trade channels.

In the UK, positive momentum in both the spirits and mixer categories in the off-trade during lockdown has continued.

Fever-Tree’s off-trade sales for the last 12 weeks to 14 June increasing 34% year-on-year as the “popularity of long mixed drinks as an everyday affordable treat continues to resonate with consumers”.

The group’s off-trade sales also grew strongly in the US, where the increasing popularity of the Fever-Tree brand is driving category growth. Nielsen data, which covers just under half of Fever-Tree’s US off-trade sales, has reported 89% year-on-year sales increases for the last 12 weeks to 13 June, reflecting the increased at-home consumption during lockdown, as well as the benefit of incremental distribution that was secured over the course of 2019.

In Continental Europe, while off-trade sales have been robust across the region, the impacts of COVID-19 have been more significant in the South which is more reliant on the on-trade relative to Northern Europe.

The increased uncertainty during the last few months has led some of its importers to de-stock, which has impacted European sales over the first half of the year.

Its ROW region, delivered strong off-trade sales and secure new distribution, particularly in Australia and Canada, with its focus turning to the on-trade as it begins to re-open.

FeverTree said the on-trade is gradually re-opening across many of its regions, although the easing of restrictions and the extent to which outlets are re-opening has varied, with ongoing short-term uncertainty.

“While the Off-Trade continues to see good momentum in many regions, we expect some of the Off-Trade demand to switch to the On-Trade as it begins to re-open. However, the pace and quantum at which this will occur is likely to be gradual as the On-Trade still has to contend with cautious consumers, social distancing and therefore lower capacities,” it stated.

The changes in channel and territory mix resulting from COVID-19 are expected to lead to gross margin headwinds during this financial year.

“However, we remain committed to our planned investments, particularly in marketing, and therefore intend to maintain our budgeted £60m of operational costs for the full year, enabled by the Group’s strong balance sheet and conviction in our ability to deliver long-term sustainable growth,” Fever-Tree said.