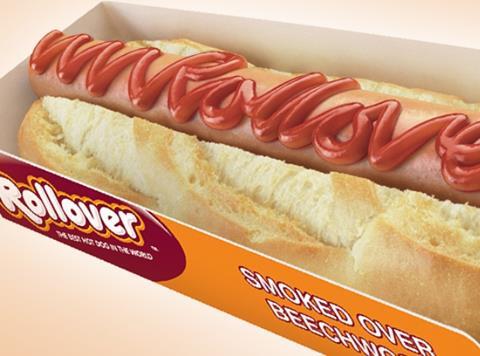 Rollover’s products are sold in over 3,000 locations, with a particular focus on convenience chain locations, but also including pub and leisure chains and more than half of the country’s Premiership League football stadiums.

Rollover has been owned by a combination of management and private equity firm Piper since 2006. The terms of the deal are undisclosed.

Chris Curry, managing partner at Piper, said: “When we invested in Rollover we were attracted by their passion for quality – great tasting premium hot dogs made in the traditional way – and could see, with the growing trend for hot food-to-go, that there was potential to expand significantly the brand’s awareness and distribution.

“With the scale and capability of Kerry Foods, we are confident Rollover will continue to grow both in the UK and in other markets.”

Said Simon Vine, CEO of Rollover said Kerry Foods’ “sector knowledge and expertise will fuel our next stage of growth”.

The Rollover deal was just one of the M&A transaction Kerry announced in its annual results this morning. The group also announced it has bought the trade and certain assets of Dairygold Co-operative’s French food ingredients business in 2015; started negotiations to sell the Pinnacle lifestyle bakery business in Australia, which has sales of €160m; and disposed of the consumer foods divisions direct-to-store business in the UK.