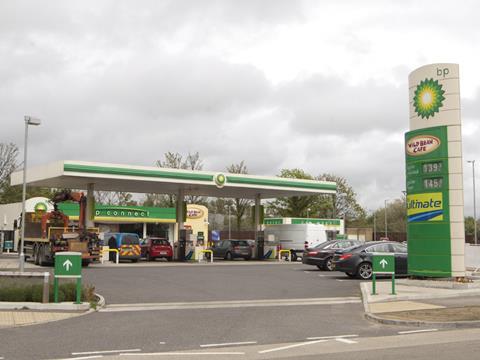 As part of the deal, which is expected to close in July, former Tesco boss Sir Terry Leahy will join the MFG board.

US private equity firm CD&R counts Leahy amongst its senior advisers and it owns a significant stake in discount chain B&M, where Leahy is chairman.

Patron acquired Motor Fuel Group in 2011 alongside members of the MFG management team and has grown it from 48 sites to 373 local petrol station forecourt sites. These locations operate under the BP, Shell, Texaco and Jet brands and have retail partnerships with Costcutter and Costa Coffee.

MFG also operates a Murco branded dealer network of more than 200 sites generated over £1bn of pro forma sales in 2014,

Jeremy Clarke, managing director of MFG said: “We thank Patron for helping us to become one of the largest, most dynamic and profitable independent petrol and convenience retail operators in the UK and we are excited to be partnering with CD&R. The firm’s reputation for operational excellence and deep consumer and retail experience will be especially useful as we move the business forward to the next stage of profitable growth.”

Marco Herbst, a partner at CD&R, commented: “We look forward to building on MFG management team’s success by continuing to accelerate the company’s transformation into a best-in-class petrol and convenience retailer.”

The transaction will complete next month subject to regulatory approvals.