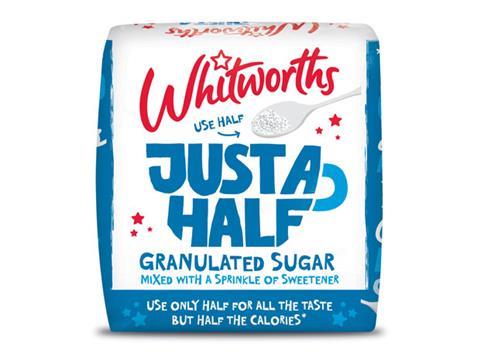 Shares in Whitworths owner Real Good Food (RGD) have fallen off a cliff this morning after the listed group issued a profit warning and said it was weighing up offloading its troubled sugar business.

In an update to the market this morning, the company warned that low EU sugar prices were continuing to make trading difficult for its Napier Brown and Garrett Ingredients subsidiaries.

Real Good Food is now in discussions with several parties in relation to a potential transaction involving Napier Brown.

“Such a transaction, if successfully concluded, would enable the company to significantly strengthen its balance sheet and focus on more stable earnings growth going forward”, it said in an update to investors. “A further update will provided in due course.”

Real Good Food distributes sugar in the UK through its Napier Brown subsidiary and manufactures a range of baking ingredients, jams and sweet bakery products. Its brands include Whitworths Sugar, Renshaw and R&W Scott.

Aside from the difficulties at Napier Brown, the rest of the group had performed strongly and ahead of management expectations, with Renshaw and Haydens in particular performing well, Real Good Food added. But the group also incurred significant one-off transaction costs as well as legal costs in relation to the discussions with the UK and EU Competition Authorities.

Executive chairman Pieter Totté said: ’’The difficulties in the sugar market have been covered extensively elsewhere but there are signs that prices have reached their low point and will recover over the next two years. As stated above, we are examining options for our sugar business.

“Elsewhere I am delighted with performance in two areas in particular: in cake decoration, Renshaw has performed very strongly and our recent acquisition of Rainbow Dust Colours is already giving us sales opportunities both in the UK and across Europe, while in premium bakery, Haydens has continued to trade well, successfully expanding its customer base. We plan to give additional focus to these attractive sectors over the coming year.’’

Real Good Food’s share price has collapsed by 14.3% so far today down to 36p, which is an improvement of the 20% earlier this morning. Its stock had previously risen by around 75% since late November from a low of 23p.