What the Whole Foods tie-up will mean for Amazon

One is a premium grocer struggling to turn store numbers into profits. The other is a fast-growing online giant that prides itself on value. On the face of it, Whole Foods Market and Amazon were not an obvious match. Yet when Amazon announced its $13.7bn (£10.7bn) bid for Whole Foods on Friday, supermarket shares plunged immediately on both sides of the Atlantic. And analysts were quick to brand the deal a “game changer”.

“The UK grocers have downplayed Amazon’s impact on their sector to date, but this latest move should have them genuinely looking over their shoulder,” warned international M&A firm Livingstone.

Fraser McKevitt, head of retail and consumer insight at Kantar Worldpanel said the deal showed “a real ambition to take on grocery retailing in a way it hasn’t before”. So what’s in it for Amazon, and what will it mean for the future of the Whole Foods Market brand?

The deal could have huge advantages for Amazon in the US. Crucially, it will gain a substantial physical presence in the form of more than 450 stores. Although Amazon has long talked about its grocery ambitions, the rollout of AmazonFresh has been painstakingly slow and it only has three physical stores, one of which is still in trial phase..

The Whole Foods estate will give Amazon access to the large proportion of customers who still don’t shop online (it accounts for less than 2% of grocery sales in the US, according to Kantar.)

“A business like Whole Foods brings with it many of the crucial ingredients the e-commerce giant has been missing in its other forays into food and drink,” says Kantar’s McKevitt. “The power of a physical presence on the high street to grow a brand’s reputation and credibility is particularly important in grocery, where consumers want to be able to see the quality of the items they’re buying first hand.” 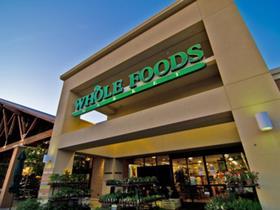 Geographical coverage: Over 450 branches in the US and nine stores in UK, seven of which are in London. In the US, Whole Foods also uses Instacart to offer online delivery from its stores to surrounding areas 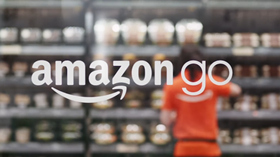 Geographical coverage: All physical grocery stores are in Seattle but AmazonFresh is available in selected US cities, London and the surrounding area, Berlin and Tokyo

The deal could also be a winner for Amazon online. Not only can it expand the e-commerce side of Whole Foods, delivering a blow to its current grocery delivery partner Instacart in the process, but there is also potential to grow AmazonFresh.

If it decides to sell Whole Foods produce on the site - as many analysts believe will be the case - the benefits would be two-fold. The acquisition of a US-wide grocery supply chain could help take AmazonFresh to more locations.

And Whole Foods will offer the credibility that comes with a strong own brand. Amazon may have dipped its toe into own label with its limited range of Wickedly Prime snacks, but it is a long way off establishing a name for itself as a food expert.

“You need a lot of investment to build up a credible own label,” points out McKevitt. “Sainsbury’s and Tesco have built up theirs over decades.” Whole Foods may admittedly be more niche than these two brands, but it still comes with a ready-made “high-end reputation”.

In an investor call earlier this week, Bernstein analyst Bruno Monteyne highlighted the benefit of harnessing the organic brand’s credentials. He sees grocery as increasingly divided into two categories: commodities such as dishwasher tablets and tissues, and fresh food that evokes a more emotional connection and desire for quality.

Amazon may have got to grips with the former through competitive pricing and services such as Pantry and Dash, but its lack of food credentials means it is shakier on the latter. “I don’t think Amazon is ever going to lead the world in fresh food,” says Monteyne. “Whole Foods might be upmarket and expensive but it has a reputation and a relationship with own-label manufacturers that could be repurposed for Amazon.”

The implications for the UK are less obvious. Whole Foods only has nine stores this side of the Atlantic and Amazon already has an own-label proposition through its tie-up with Morrisons. Yet Monteyne believes the fall in UK supermarket share prices was no overreaction. For him, the deal is a sign of more acquisitions to come. “In the UK, Sainsbury’s and Morrisons could potentially be on the list. And if that does happen, we don’t think there will be scope for many other retailers to compete.”

Despite the forecasts of Amazon world domination, the deal will bring its own problems. The first is Whole Foods’ shaky position in the market as other, lower-priced supermarkets develop their own organic offerings. Same-store sales have declined for six consecutive quarters, attributed to the high-end prices that earned it the nickname ‘Whole Paycheck’.

Nick Harrison, co-head of the Oliver Wyman EMEA retail practice, believes Amazon will need to tackle these price perceptions. “Amazon’s interests will be served best by expanding the appeal of the Whole Foods Market stores to more customer segments, which is going to require eliminating price as the biggest barrier to achieving that goal.”

He is confident that will be achievable. “Amazon has shown time and time again that it is willing to invest heavily in dominating the categories it decides to compete in, and there is little doubt it has the financial capacity to do so.”

Plus, Amazon has the advantage of a similar customer base to Whole Foods Market. In the US, 28% of Whole Foods Market customers already shop at Amazon for groceries, according to research company Magid. Matt Sargent, SVP of retail at Magid, points out this is more than “any other grocer”. So in theory, it shouldn’t be too difficult for Amazon to tempt more of its shoppers to the Whole Foods Market brand and vice-versa. The same goes for the UK. According to UK demographic data specialist CACI, both companies appeal to ‘rising prosperity’ groups - young city-based professionals - and ‘affluent achievers’, which tend to be wealthy families with older children (although it stresses the Whole Foods Market brand is more niche.) 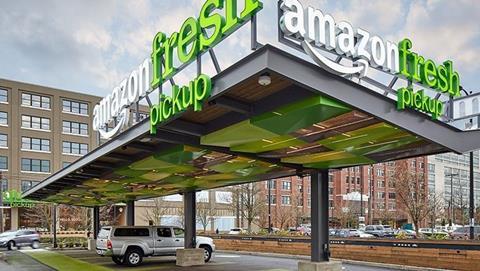 The second challenge is Amazon’s lack of experience in bricks & mortar retail. Although a giant in the online world, this marks its first real foray into the physical space. This could prove a hindrance, or enable Amazon to use the branches more innovatively. Oliver Wyman’s Harrison can see Whole Foods stores installing click & collect points for Amazon goods. “That would also drive traffic into Whole Foods Market stores so it’s a win-win for both sides.”

Aaron Shields, strategy director at analyst Fitch can eventually envisage Amazon adding “whizzy tech that will take the friction out of shopping as they have done with the Amazon Go pilot”. (Although this may be a long way off as Amazon is reportedly still struggling to make the checkout-free technology work in its test Seattle store with just 20 people at a time.)

It may be years before we see the full effects of the deal - and, in the UK, they may not be all that dramatic. But what is most unsettling for grocery retailers is what the acquisition represents. Amazon’s purchase of physical stores indicates its grocery ambitions are very serious. As Matthew Knight, head of strategic innovation at media agency Carat, sums up: “This is yet another wake-up call to not only the grocery market but UK retailers at large. If you are not already looking forward to how your business can lean into new opportunities, leverage new technology and understand new consumer behaviours and dynamics, then you are simply waiting for your lunch to be eaten.”