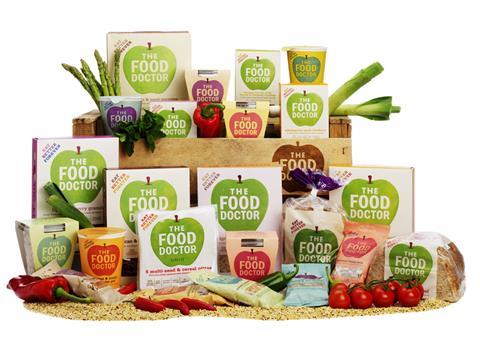 Aunt Bessie’s owner William Jackson Food Group has moved into healthy snacking with the purchase of The Food Doctor for an undisclosed sum.

Ian Hunt, who has previously led two William Jackson businesses has been appointed as MD of The Food Doctor. Michael da Costa, who formerly owned the business, will remain with The Food Doctor as innovation director.

Norman Soutar, CEO of William Jackson Food Group, said: “We’ve been looking to enter the healthy snacking category for some time now and have long admired The Food Doctor, which today sells branded healthy snacking and bread products across the major retailers, albeit products are primarily available in the south of England.”

“With our investment and knowledge of the food industry, and an appetite among shoppers for healthy and tasty food, we see exciting opportunities for us to grow the brand and develop it further.”

Soutar told The Grocer William Jackson had been looking at opportunities in the healthy snacking sector for five years and had already built a presence in the health foods area with its 2012 acquisition of Abel & Cole.

However, The Food Doctor will be run separately to Abel & Cole, with MD Ian Hunt working to increase its penetration across all retail channels.

“We want to consolidate what listings we do have and build on those, but also to grow The Food Doctor’s presence in the travel channel, food-to-go, convenience and online,” Soutar said.

The Food Doctor currently has listings at Waitrose, Ocado, Tesco and Amazon as well as specialist health retail outlets.

The company also has a Harley Street clinic dispensing health and nutritional advice and sells health supplements as well as foods. William Jackson has bought the entire Food Doctor company so these business are also part of the deal.

Michael da Costa, said: “William Jackson Food Group’s family heritage, strong business values and broad knowledge and experience across the food industry are a good fit for The Food Doctor and we’re delighted to be joining the group.”

Soutar said that parties had been discussing the deal since last summer.