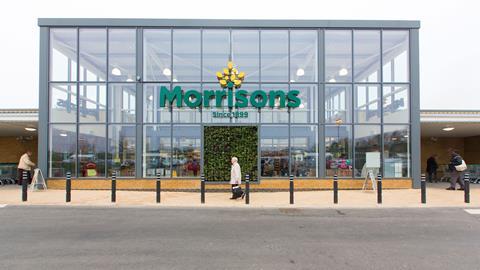 “It’s a hell of a price tag,” as one supermarket CEO rival put it to me, after Clayton Dubilier & Rice upped the stakes on Thursday night in its bid for Morrisons. It’s tabled a £7bn offer for the Bradford retailer, £1.5bn more than its original bid in June, and £300m more than the revised offer from rival bidder Fortress.

The valuation is also now higher than the recent £6.8bn acquisition of Asda, which was snapped up by EG Group owners Mohsin and Zuber Issa and their private equity partners TDR earlier this year, despite the latter’s 14.2% share (vs 10% in the case of Morrisons). And it’s a 60% premium to the share price before CD&R launched its original bid in June.

So what’s so attractive about Morrisons, given its smaller share, to warrant this bidding war? And what reassurance, beyond a higher price, has CD&R provided to assuage concerns, and persuade the Morrisons board – which has recommended the bid – that this time, it’s “serious”?

“Serious” was the word used by CEO David Potts in an interview with me to explain the reasons for supporting the Fortress bid and not the one from CD&R. And while that partly reflected the £5.5bn price tag CD&R had attached to Morrisons, Potts & co were particularly keen to emphasise what COO Trevor Strain referred to as a “fulsome set of commitments” to maintain the integrity, culture, operating model, management team and Bradford HQ – including supportive noises around British sourcing, ESG commitments, pay and conditions, and pension rights.

This latest offer not only nudges the price up still further for shareholders, it includes so-called ‘stated intentions’ – at least for the first 12 months – that match and potentially better those of Fortress, though it fell short of offering binding ‘post-offer undertakings’, which are firmer but rarer.

With the government and sections of the media hostile to a British supermarket falling into foreign hands (in contrast with Asda’s acquisition, which has been hailed as a return to British ownership), American-owned CD&R also rolled out a familiar British face – Sir Terry Leahy – in a video to emphasise its “commitment” (the word ’commit’ appeared no fewer than 19 times in its offer document), to the “legacy” of Sir Ken Morrison.

The price of Covid-19

Sweet-talking doesn’t come naturally to Leahy, but he poured praise on Morrisons in the video. It was “a great business with a great future”. The stores were “really improving”, he added, a tad patronisingly.

“And that’s why we’re so excited at the prospect of working with David Potts and the management team in order to create more success for all of its stakeholders.

“As we saw in the covid pandemic,” he continued, “Morrisons plays a vital role in all of the communities in which it trades, right across the country. And the company has a proud heritage in supporting British farmers and providing opportunities for its customers to buy locally-sourced products.”

As improbable as it sounds that Sir Ken Morrison might be doing anything other than turning in his grave at the prospect of Morrisons being taken over by a US private equity firm, Leahy even called on his relationship with Sir Ken to provide reassurance as to the future of the business. 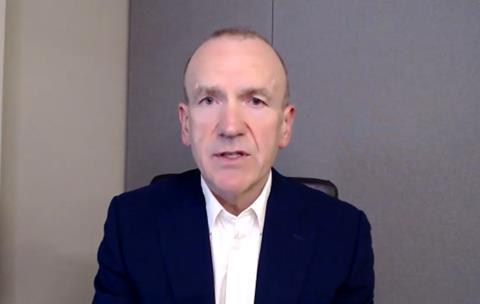 Morrisons is ‘a great business with a great future’ said former Tesco CEO Sir Terry Leahy, who has been a senior advisor to CD&R

“I knew Ken well, and I understand the vision and the values he built the business upon. Those values are now championed by David Potts and the wider team. And that’s why we’re so excited to work with that team – not only to preserve those traditional strengths of Morrisons but actually to build on them with innovation, capital and new technologies.”

This commitment to growth is not what one might expect of a private equity-based business eyeing up a mature but undervalued and under-leveraged business. They don’t fork out £7bn without having some considerable financial re-engineering plans in mind. And the expectation is that CD&R will leverage the Morrisons stores and DCs via sale and leasebacks – a move that jars with Sir Ken’s attitude towards its real estate, which ensured that even today 87% of its stores are company-owned.

So it comes as a surprise to learn CD&R has promised it “does not intend to engage in any material sale and leaseback transactions”, adding that the high proportion of freehold ownership of the Morrisons store estate is “a particular strength of the business which has been carefully preserved over many years, and will continue to be a cornerstone of Morrisons”.

Sir Terry summed up the CD&R case for buying Morrisons succinctly: “Our whole approach, over the past four decades, has been to build and grow businesses we invest in. We know customers love Morrisons and the management and staff try to provide a better customer service every day to serve the local communities. And we at CD&R are determined to help them do that in every way they can.”

Further reassurance comes from the fact that, like Fortress, debt has been secured against the generic balance sheet, which is underpinned by a property portfolio valued at £5bn. With over £3.4bn of equity capital, and a pledge to retain a significant equity ownership for an extended period, CD&R also has considerable skin in the game.

So if CD&R is not interested in “material” sale and leasebacks, how will it get its money back? And what justifies the high price tag?

It’s easy to be cynical. While takeover rules have strengthened as a result of Kraft’s contentious acquisition of Cadbury, the stated intentions are limited to 12 months. If you’re playing a long-term game, a year is not long to wait. And the greater appeal of Morrisons, with 87% store ownership vs Asda’s 70% isn’t difficult to grasp. On the other hand Asda also has a higher proportion of unfavoured hypermarkets, while Morrisons stores are in something of a sweet spot in the wake of Covid, given both their middling average store size (27,500 sq ft) and community-based reach.

As well as this “supportive market environment” CD&R also likes its ”differentiated operational strength”, including its vertically integrated supply chain, “which enables it to compete successfully on price and guarantee the quality of its products in partnership with local suppliers and farms”.

In other words, it’s not just the smallest of the so-called big four. It’s different.

True, Asda has copied the Morrisons vertical integration model a bit in recent years but it’s a pale imitation: Morrisons is the UK’s biggest food manufacturer. And Asda also needs to disentangle its buying from Walmart (though it will still have access to Walmart’s non-food buying synergies).

This avowed support for the vertical integration model again appears to scotch alternative rumours that, under CD&R, Morrisons might sell off its manufacturing sites.

CD&R also clearly likes the differentiation of the Morrisons approach to Online, with a “well-integrated” mixed model and “strong partnerships with technology businesses such as Ocado and Amazon”.

Sir Terry Leahy on Morrisons Offer from CDR on Vimeo.

Another attraction is the synergies that will come from “attractive wholesale adjacency”. This month wholesale partner McColl’s announced plans to accelerate the conversion of its Morrisons Daily store rollout, with Rontec another wholesaler customer. It’s certainly further advanced in supporting convenience partners than Asda, whose move into convenience/forecourts is at its very infancy through its development of the Asda On the Move format.

In the case of Morrisons the potential for synergies from integrating its Motor Fuel Group forecourts – which are currently supplied by Tesco-owned Booker Retail Partners - is also higher.

Indeed fuel is arguably another aspect of the “supportive market environment” to which CD&R refers: with price leader Asda now under the control of the Issa brothers, competition is not expected to be as fierce, and forecourts also bring compelling working capital benefits. The City has tended to dismiss forecourts due to uncertainty over future earnings as electric vehicles come on stream, but CD&R is likely to value the 20-year-plus cashflow benefits from adding 339 fuel forecourts as much as the synergies with its 918 MFG sites. Meanwhile, shareholders will be reassured to know CD&R has committed to underwrite any competition risk on the forecourt side.

Most telling is CD&R admits it doesn’t have all the answers and plans a “long-term partnership review” to “understand the business in more detail, and to partner with management to set out the joint vision”. That speaks of an investor that doesn’t just want to bring in its own management team and take over the running, as some private equity players have done, but has the humility to realise the greatest value in its investment will come from working with the existing management team.

Whether that wish is granted remains to be seen. A timetable is now in place, but Fortress has urged Morrisons shareholders to take no action while it considers its options. Based on the fact shares are trading well through the offer price, the market clearly thinks another bid is coming.