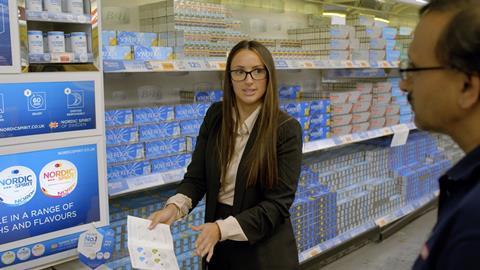 Japan Tobacco International is bringing its entire sales force in house as part of a major shake-up of how it works with retailers.

Under the changes taking effect this month, JTI is ending its relationship with third-party sales and marketing business CPM and changing the way its sales force operates.

Previously JTI sales representatives worked with the independent and wholesale channels while CPM handled key accounts such the major supermarkets. Under the new system JTI said it was upskilling all trade reps to the new role of business advisors, who would work will all retailers in a specific geographical area rather than across the different channels.

The move will create 58 new roles and take the sales force to over 250. As part of the plans, which had been in the works for over two years, JTI created a dedicated window through which CPM staff could apply for a business advisor role, and 26 had made the transition to the tobacco giant.

It said the advisors would be become total category experts with greater knowledge of the core tobacco products as well as vaping, heated tobacco and nicotine pouches. They would also be able to provide information on responsible retailing such as youth access prevention and how to tackle illicit trade.

“The industry is moving forward at a rapid pace and as a business we are always looking at ways we can innovate to help us to continue delivering world class service to all of our trade partners,” said JTI sales VP Ross Hennessy. “The transition to business advisers is the biggest change that JTI has made in the last 20 years and has been in planning for over two years to ensure that the move is as seamless as possible for our customers.

“Our highly skilled sales force has always operated at a high level, but we have taken the time to upskill our JTI business advisers to a superior standard. Combine this with the fact that this role is completely customer-centric, we are confident that the transition can only be of benefit to our trade partners as they will receive an even greater level of service than they have come to expect from JTI.”