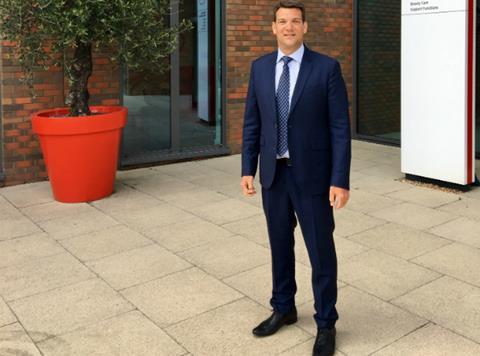 Henkel UK & Ireland has named Mark Tyers as the new general manager for its laundry & homecare (LHC) business, which includes the brands Dylon, Bloo and Jeyes.

UK-born Tyers started at the company 19 years ago, working in LHC throughout. Fluent in German, Italian and Spanish, he has held various leadership roles at Henkel’s head office in Düsseldorf and across Europe and Latin America. In the past eight years, he has held general manager positions in Portugal and, most recently, Greece & Cyprus.

Tyers said he had “enjoyed immensely living and working in other markets” but was “delighted to come back to my roots in the UK. The scale of the market is really exciting, and I think there is a lot of potential for Henkel to bring innovation and added value to our categories.”

The business had “really great brands that have strong heritage” he added. “In the next few months, I aim to meet all key stakeholders, especially on customer level, with the intention of shaping our future growth strategy.”

Tyers has replaced Cliff Stubbs, who became general manager as part of Henkel’s 2015 acquisition of Spotless. He had left to spend time with his family before deciding on his next career move, the company said.