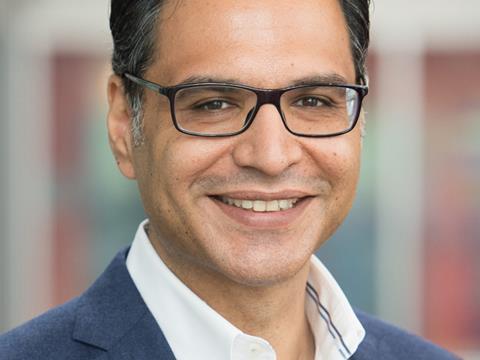 Nawaz will succeed Nick Hampton in the role, after the former PepsiCo executive was promoted to CEO on 1 April.

Nawaz will join the £2.8bn turnover food ingredients business and sit on the company’s board from 1 August.

The new CFO had been senior VP finance Europe at Mondelez International since 2014.

Prior to that, he held a number of senior financial roles across Europe, the Middle East and Africa during a 16-year career at Mondelez and Kraft Foods.

Hampton said: “I am delighted to welcome Imran to Tate & Lyle and the executive team.

“He brings with him deep experience of the global food industry, and a proven track record of financial leadership.”

Hampton succeeded Javad Ahmed as CEO. Ahmed decided to retire, having led the business since October 2009.

Gerry Murphy, chairman of Tate & Lyle, said: “Imran’s broad financial, business and international experience will be of great value to Tate & Lyle, and he is a very welcome addition.”